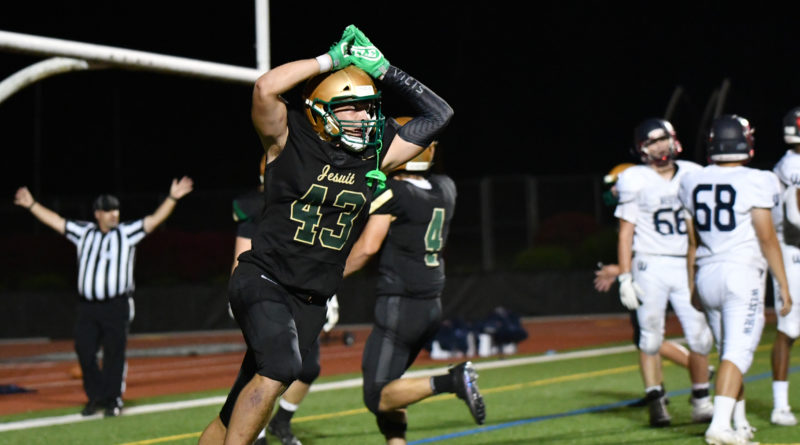 How many people had Roseburg starting the season 6-0? Save for the 43 players and eight coaches in the locker room, not many would have pegged Roseburg to be undefeated through six weeks. Riding a stingy defense allowing just 10 points per game and a running attack led by senior quarterback Colton Marsters (870 yards, 13 TDs), Roseburg has equaled its win total from the previous three seasons combined, is off to its first 6-0 start in the past 11 years and has staked its claim as the best 6A team outside of the Portland area.

The Tigers figured to take a step back after going 5-1 during the spring season, with a challenging nonleague slate that featured games at West Salem and Tigard. However, it’s as if the program broke every mirror in the locker room and walked under every ladder on campus, as the Tigers have packed a season’s worth of bad luck into the first six weeks. They’ve lost five games by less than a touchdown, including an overtime defeat to McNary and back-to-back defeats in the final minute to open Pacific Conference play. The good news? Wins in their final three games should be enough to get them into the 6A playoffs.

There are several worthy contenders for this title, but the Crusaders’ rally from a 21-0 first-quarter deficit to hold off a Wildcats team primed to knock them from their seven-year perch atop the Metro League beats West Linn’s thrilling 28-27 last-minute win at Lakeridge and Liberty’s 50-49 win on the final play against Newberg for top honors.

The Lakers senior quarterback leads Class 6A in passing yards (1,728) and touchdowns (19) and guided Lake Oswego to the top of the SBLive Oregon Class 6A media rankings after a 35-26 victory over previous No. 1 Tualatin last week.

Tovey has terrorized opposing backfields all season, leading Class 6A with 14 tackles for loss and seven sacks to go with six hurries and 61 tackles.

What we’re looking forward to down the stretch: Three Rivers title race

With all due respect to the Week 9 showdown between Central Catholic and Clackamas for the Mt. Hood championship, each week in the Three Rivers League promises at least one marquee matchup the rest of the way. This week, it’s Tualatin-Lakeridge, with the loser out of the title race. In Week 8, it’s West Linn-Lake Oswego, and then there’s rivalry week with West Linn-Oregon City, Lake Oswego-Lakeridge and Tualatin-Tigard — all big-time games. We can’t wait.