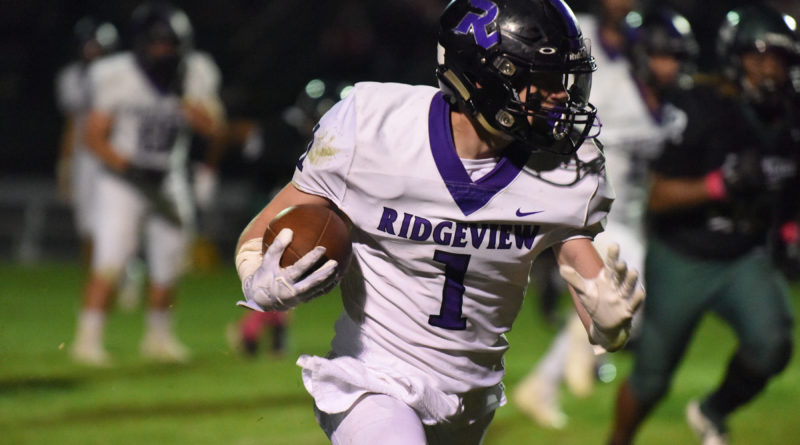 The Ravens have made the playoffs once since winning the Class 4A state title in 2013 and hadn’t won more than four games in a season since that 13-1 campaign — until this season. Ridgeview is 6-1 (counting a forfeit win over La Salle Prep), with its only loss by one point to Hood River Valley in both teams’ NWOC East opener in Week 3. After playing The Dalles this week, the Ravens close with Pendleton at home and a rivalry game at Redmond, so nothing is assured other than a winning season.

Two years ago, the Falcons made the state playoffs, and during the spring season, they went 4-2. So, it had to be a disappointment on the Milwaukie campus when injuries forced the program to forfeit NWOC East games to Ridgeview and Pendleton the past two weeks. Fortunately, the team returns to varsity status this week — the first small step under first-year coach Dustin Janz toward getting back to its previous standing as a playoff contender.

Yes, it was a defeat, but the Foxes went toe-to-toe with one of Class 6A’s best teams and nearly pulled out a victory on the Timberwolves’ field. It showed that the margin between 5A’s top programs and 6A, while it still exists, isn’t quite as big as many fans assumed.

McCarty’s play was a big reason the Foxes hung with Tualatin in their Week 2 meeting (419 total yards, three touchdowns), and he has led Silverton to a 5-1 start. He’s passed for 1,579 yards and 13 touchdowns and rushed for 475 yards and eight scores.

Jordahl’s most recent game — 3½ sacks in the Comets’ 17-10 victory over Eagle Point — was the latest in a string of monster performances for the 6-foot-4, 230-pounder, who has 16½ tackles for loss and 6½ sacks through six games.

What we’re looking forward to down the stretch: The NWOC East merry-go-round

The other three leagues have whittled their title races to two teams, but east of the Cascades, it’s a four-team race to determine the league champion. Pendleton has nosed its way out front, but the Buckaroos still must face the two Redmond schools, while Hood River Valley also could close fast. The final three weeks will be a bumpy ride.