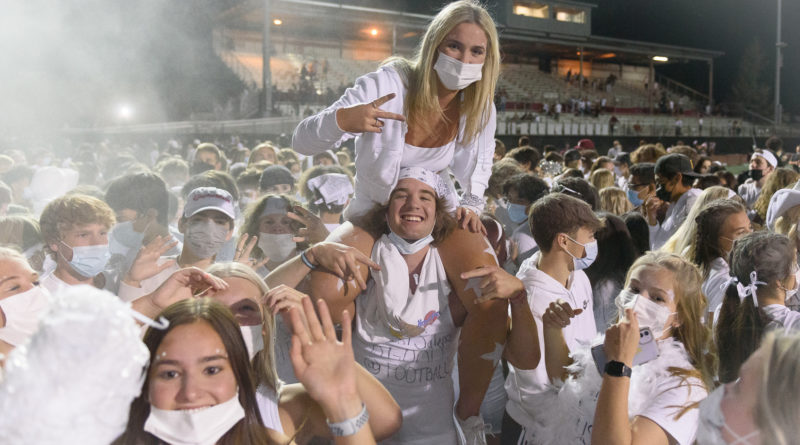 Now, we focus specifically on the Week 7 schedule. Here is an inside look at the top high school football games across the state of Oregon this week (Oct. 14-16).

Since this crosstown rivalry resumed in 2018 after a four-year hiatus while West Albany was in Class 6A, it’s been all Bulldogs by a combined 120-9 score to improve their lead in the series to 29-17. But the RedHawks already have won as many games as they won in the previous three seasons combined and look like they could give West Albany a run for its money.

A Roughriders victory would virtually lock up their first outright PIL title since 2013 after they defeated Jefferson on a late touchdown last week. A Generals win would put them one step from defending their title, with a Week 9 matchup with archrival Jefferson looming.

Neither the Apollos nor the Wildcats can afford another slipup if they harbor hopes of securing at least a share of the Metro League title. Sunset still has a Week 9 date with Jesuit.

Two teams that were dumped from the ranks of the undefeated last week square off in Lake Oswego knowing another loss means the end of their Three Rivers League title aspirations.

The Titans have nearly run the gauntlet of Mountain Valley Conference contenders unscathed. Their final test is a Celtics team that has won the previous two MVC championships.

The first of back-to-back games for the Buckaroos that will determine their NWOC East title hopes. The Panthers have won only eight of their 51 previous meetings with Pendleton, the last coming in 2016, and seek their first league title since 2012.

The Cougars have steamrolled their first four NWOC West opponents but will face their sternest conference test yet against a Scappoose squad that has scored a Class 5A-best 249 points (41.5 per game).

A rematch of the 2019 Class 5A state championship game, which the Colts won 14-10 to wrap up a second consecutive title. Thurston hasn’t skipped a beat since returning from COVID quarantine that cost it the first two weeks of the season, averaging 47 points per game.

These two teams have had some spirited matchups over the years — none more than the 2018 Class 4A state final, won by Banks 31-20 in the fog at Hillsboro Stadium. This is the first of three games that should sort out the merry-go-round of unbeaten teams atop the Cowapa standings.

A Vikings victory would virtually put a bow on an eighth consecutive Skyline Conference championship, but the Mustangs won’t go down easily. They blanked Phoenix and Klamath Union in back-to-back weeks, while the offense continues humming with Noah Stone moving from receiver to take over for an injured Nate Vidlak at quarterback.

The Columbians last week came back from two weeks off and challenged themselves against Class 4A No. 1 Marshfield, which should have sharpened them for this 3A Special District 1-East showdown with the Warriors.

The Lancers lead Class 3A in scoring at 47.5 points per game entering a Special District 2-South matchup against the Bulldogs.

The Prospectors look to slow the Heppner Express that has rolled to 24 consecutive victories, including the 2019 Class 2A state title. The Mustangs have posted shutouts in four of their six games this season.

Special District 1 in Class 2A is a jumbled mess, and a Nestucca victory could further muddy the waters. A Greyhounds win, though, would set up a Week 9 showdown with Knappa for the title.