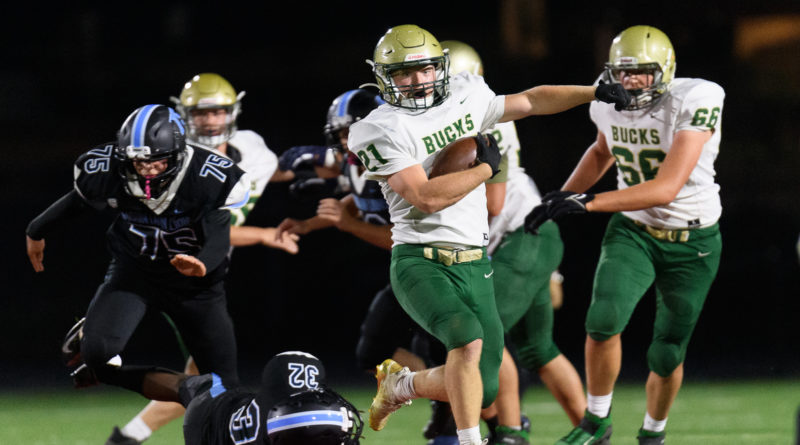 Kyle Liscom scored three touchdowns and was a massive presence on defense, Brock Mackey rushed for two touchdowns, and the Buckaroos handled the host Mountain Lions (2-3) in Northeast Portland.

Liscom (nine carries, 126 yards) scored on runs of 27, one and nine yards. He had one sack and three tackles for loss while being in on 11 tackles.

Mackey had five rushes for 38 yards and gained 76 yards on two receptions. He has rushed for at least two touchdowns in each of the past three games.

Gabe Browning retuned a fumble for a touchdown, his second non-offensive touchdown in his past three games.