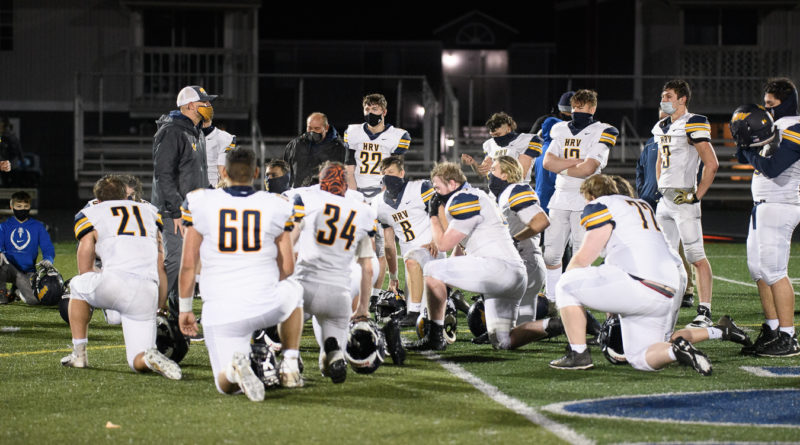 Ryles Buckley scored three touchdowns — rushing, receiving and on an interception return — as part of the Eagles’ victory over the Riverhawks at Sid White Field in The Dalles.

Shaw Burns opened the scoring with an 89-yard touchdown run three minutes in, the first of his two touchdowns runs. Trenton Hughes ran for one touchdown and threw two touchdown passes, to Buckley and to Mason Spellecy. Hughes was 8 of 12 for 144 yards.

Marquies Sagapolutele had a five-yard scoring run and Anthony Jara made an interception for the Riverhawks (1-4, 1-3).