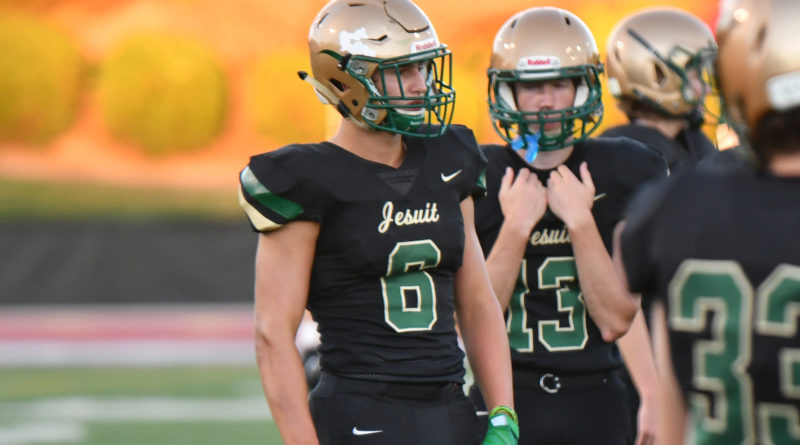 Lonnie Burt rushed for three touchdowns on nine carries, Jacob Hutchinson passed for two touchdowns, and the Crusaders handled the visiting Beavers at Cronin Field in Southwest Portland in a Metro League game between schools separated by 2½ miles along state Route 10.

Burt, who entered the game with 29 yards rushing this season, gained 90 yards. Michael Rincon carried 18 times for 192 yards as the Crusaders (5-1, 3-0) were never threatened.

Hunter Borter passed to Cristian Gonzalez and Trevon Hamilton for touchdowns for the Beavers (2-4, 2-2).