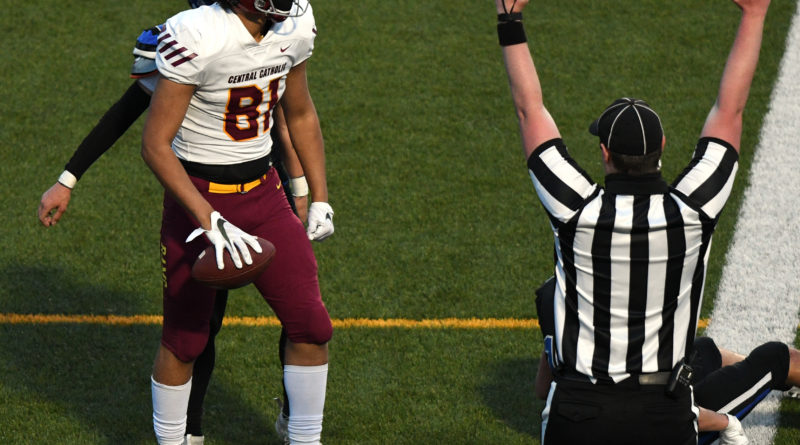 Riley Williams scored touchdowns on four of his five receptions to highlight the Rams’ offense in their home-field win over the Bruins of Gresham at Hillsboro Stadium.

Williams’ five catches, 149 receiving yards and four touchdowns were season highs. He has scored six times in the past two games and has eight scoring catches this season.

Zachary Grisham caught the Rams’ other touchdown pass, giving him a three-game streak with a touchdown catch. Ellis Bynum, who missed the first two games with an injury, rushed for one touchdown, giving him six touchdowns in the four games he has played. Jacob Hardeman also had a rushing score for the Rams.

Two of the Bruins’ scores were non-offensive touchdowns. Silas Bjugan blocked a punt and recovered the ball in the end zone, and Jake Fay returned a fumble 35 yards for another touchdown.

Central Catholic of Southeast Portland improved its record to 7-0 (5-0 Mt. Hood Conference), which includes a forfeit victory. On the field, the Rams have won 20 of their past 21 games.

The Bruins’ record fell to 4-3 overall and 3-3 in the Mt. Hood Conference.