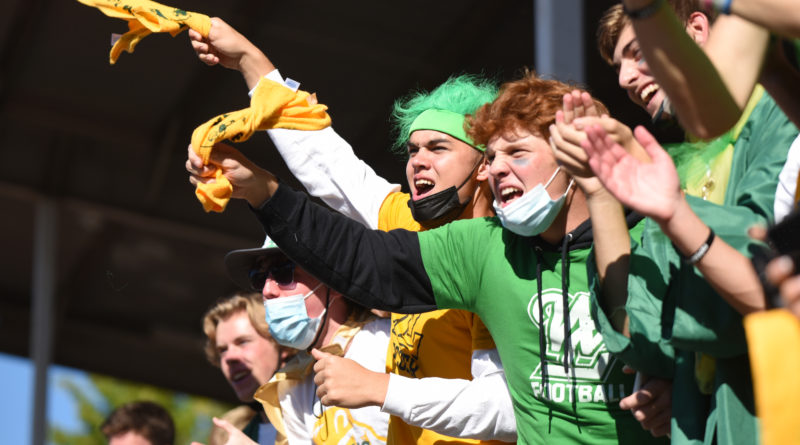 Now, we focus specifically on the Week 6 schedule. Here is an inside look at the top high school football games across the state of Oregon this week (Oct. 7-9).

Whoever wins this North Portland rivalry matchup gets a big leg up in the PIL race — although looming in the distance for both is perennial league power Grant.

Can the Bowmen build off their Week 5 victory over Newberg and take early control of the Pacific Conference race? Or can the Grizzlies win a second game in a row for the first time this season?

The Generals came close to knocking off the Cavaliers during the spring season, falling 19-12 at Clackamas. This hastily arranged matchup came about after each team’s league opponent forfeited their scheduled Week 6 matchup.

The top two teams in Class 1A Special District 1 North square off along the coast. The Irish are building off a 4-1-1 spring season that was the program’s first winning campaign since 2005.

There is no easing up in the Three Rivers League. The Lakers knocked off 2019 league champion Tigard in their league opener last week, while the Timberwolves looked the part of a state championship favorite in trouncing West Linn.

The Lions come in licking their wounds after suffering their worst loss in the past seven years. The Pacers are 5-0 for the first time in the past decade and boast one of the state’s stingiest defenses, allowing 11 points per game (sixth-fewest in Class 6A).

One of the biggest surprises of the first half of the season has been Roseburg’s 5-0 start, which came out of the blue for a program that hadn’t won more than four games in a season since 2013. The Black Tornado figured to be Southern Oregon’s top dog and would love nothing more than to establish their dominance with a big road win.

The Mavericks have turned their season around after an 0-3 start and look to stay on track against an Apollos team that shares the Metro League lead with Jesuit after five weeks.

Neither the Celtics nor the Saxons can afford another loss in Mountain Valley Conference play as they battle for one of the conference’s three automatic playoff spots.

This game usually has significant implications on the Midwestern League race, and this year is no exception. The Colts haven’t skipped a beat after missing the first two weeks of the season while in COVID quarantine — this game was initially scheduled for Week 2 but was moved to both teams’ original open week.

Cougars coach Brandon Bennett made sure two years ago to have this monster nonleague matchup on this fall’s schedule, wanting to test a deep and talented senior class with a road game against one of Class 4A’s traditional powers.

Jesuit and Central Catholic have the Holy War, but this matchup of Salem-area Catholic school powers is no less a rivalry. The winner will seize control of the Class 2A Special District 2 race.

The Mountain Valley Conference lead is on the line when the Storm travel across Santiam Pass for their biggest game since moving up from Class 5A three years ago.