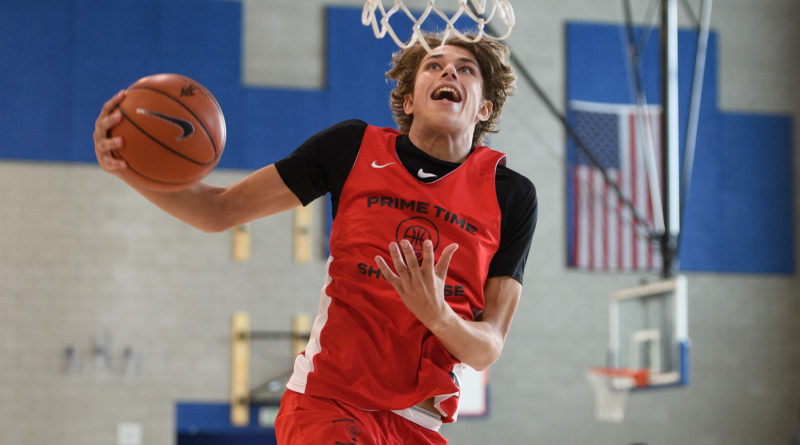 PORTLAND, Ore. — Central Catholic is in hot pursuit of another 6A state championship on the gridiron. The Rams (6-0) are still considered the reigning champions and are ranked No. 2 in SBLive’s 6A media poll after five weeks.

And they’re doing it all with their returning starting quarterback watching from the stands.

After winning a four-quarterback battle in the spring, Luke Johnson opted to forgo his senior football season to prepare for the upcoming high school basketball season, citing a desire to bolster his college opportunities on the hardwood and lost opportunities during COVID-19-related shutdowns in Oregon.

He made the decision three weeks before the start of the football season — one he debated throughout the summer.

“With the COVID time, I felt like I got limited in my preparation for this upcoming season and my AAU season this summer, so I thought if I’m going to play basketball in college, I’m going to use as much time as I can right now to prepare for it, training every day,” Johnson told SBLive on Saturday. “I just didn’t want to risk any type of injury, because I’ve gotten injured in the past with football.”

In the shortened spring season, Johnson beat out three other quarterbacks to replace four-year starter Cade Knighton. In six games, he accounted for 16 touchdowns, threw for 1,264 yards and led the Rams to a 5-1 record.

Behind him was then-freshman standout Cru Newman, who split time under center and impressed coaches in the spring.

Before he made his decision to sit out the fall season official, Johnson asked his teammates over the summer if they thought Newman was ready to take the reins as the Day 1 starter on a 6A contender. Newman got a ringing endorsement.

“They all said, ‘Yeah,’ and I was confident in him,” Johnson said.

Newman, now a sophomore, beat out senior Emerson Dennis for the job in August and has taken off as the full-time starter. He tossed the winning touchdown in overtime in a short-notice COVID-rescheduled game at Washington powerhouse Tumwater and passed for six touchdowns in a win over Reynolds last Friday.

Johnson, who said he grew an inch to 6-7 (6-9 with shoes on, he quipped) during the pandemic, said he’s been training exclusively for the basketball season this fall and that he feels great. He’d entered past seasons banged up after the short turnaround from basketball to football. The rangy, sharpshooting small forward holds an offer from Division I Bryant and received some interest over the summer from Montana State and other Big Sky schools.

He competed in the PT40 Showcase last weekend, an invite-only event featuring some of the top uncommitted prospects in the Pacific Northwest.

Central Catholic’s boys basketball team went 6-6 in the condensed spring season and reached the 6A state quarterfinals in 2020 before the tournament was canceled at the onset of the pandemic.

As for this football season, while he said it’s hard to watch from the stands, he has full confidence in the team’s repeat efforts.

Ultimately, that confidence helped him make his decision.

“They’re going to win it this year,” Johnson said. “And I knew that. They’re definitely winning — nobody’s going to beat them.”