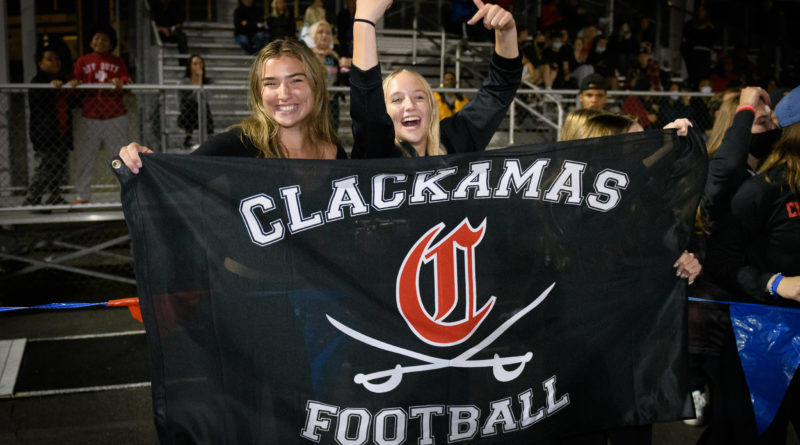 Ben Moffett’s touchdown catch on the final play of the first half lifted the Cavaliers to a 14-7 lead, and Clackamas used a 27-point third quarter to pull away from the host Generals (3-3) at Franklin High School in Southeast Portland.

Moffett finished with two touchdown catches, as did K.J. Johnson-Gibson. Miles Williams also had a touchdown catch as Blake Baker threw a season-high five scoring passes for the Cavaliers (7-0). Luke Ash ran for two touchdowns, giving him multiple touchdown runs in every game this season (12 total).

The Generals’ Kellen Segel was 21 of 37 for 235 yards with a touchdown pass to Marshune Waters. Segel also ran for a touchdown for the Generals, who played on an unusually short turnaround after also playing Saturday.

Colin O’Rourke had an interception — the first of the season thrown by Baker — and the Generals also forced and recovered a fumble.

The Cavaliers’ defense featured interceptions by Williams and Sullivan McDaniel and sacks by Noah Preuitt (his fifth in five games) and Kaden Ludwick.

The Generals of Northeast Portland have lost to three teams — Clackamas, Sheldon of Eugene and Class 5A Silverton — that have a combined two losses, with those teams’ losses coming to the No. 1- and No. 3-ranked teams in the SBLive Class 6A media poll.