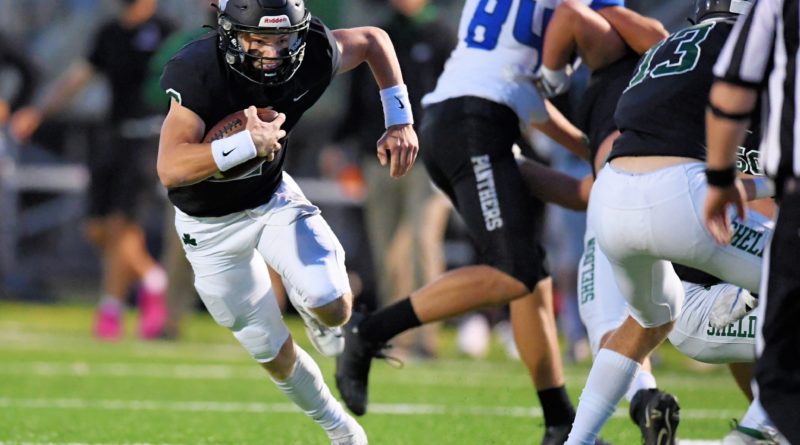 Quarterback Brock Thomas passed for four touchdowns and ran for two for the Irish, who built a 20-0 lead and then came back from a 37-34 hole to defeat the visiting Panthers in Eugene.

Luke Leighton caught two of Thomas’ touchdown passes, and Zach McEwen and Grafton Robinson each had a scoring catch for the Irish (4-1, 1-0 Southwest Conference).

The Panthers’ Deacon Edgar ran for two touchdowns — including a 58-yard score to open the second half — and passed to Andrew Walker and Ty Henry for scores. Henry’s scoring catch put the Panthers (0-5, 0-1) ahead 37-34 late in the third quarter.

Isaack Valdez returned an interception for a touchdown that gave the Panthers their first lead, 21-20.

The cumulative record of the Panthers’ five opponents, discounting their wins over South Medford, is 15-5.