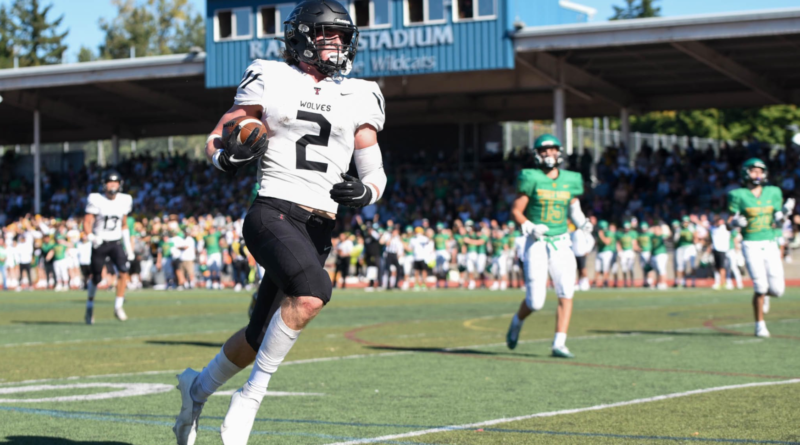 Jackson Jones returned from injury to throw four touchdown passes, Cole Prusia had three touchdown catches, and Jack Wagner passed for a touchdown and ran 49 yards for another, lifting the Timberwolves (5-0, 1-0 Three Rivers League) to an impressive road win over the Lions (4-1, 0-1) on Saturday at Wilsonville High School.

It was a matchup between the No. 1 and No. 2 teams in this week’s SBLive Oregon Class 6A media poll.

West Linn scored twice in the first quarter on fumble returns — 60 yards by Earl Ingle and 38 yards by Zeke Viuhkola.

Check back for plenty more from this game.