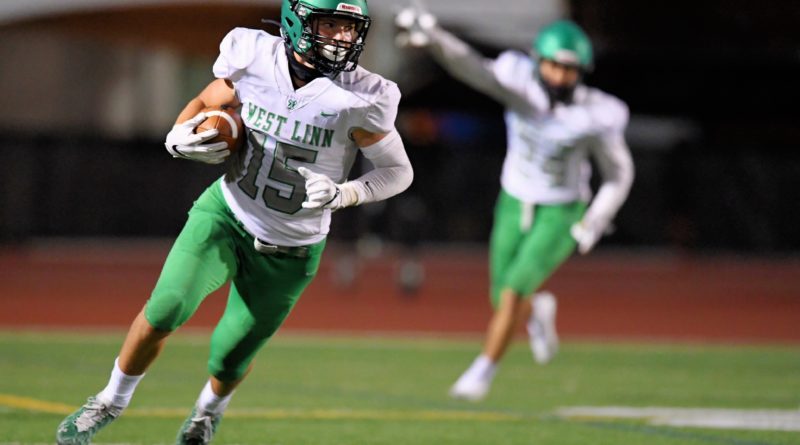 Mark Hamper had a touchdown catch and intercepted a pass — his fourth interception of the season — to help the Lions (4-0) defeat the Papermakers (0-4), Washington’s reigning Class 4A champion, at Wilsonville High School.

Chase Harmon threw touchdown passes to Hamper and Lucas Reininga, and Jake Holmes returned a short punt for a touchdown to help send the Papermakers back across the Columbia River winless against Oregon Class 6A powers.

The Papermakers’ early-season schedule has consisted of games against Oregon No. 2 Central Catholic, No. 5 Clackamas, No. 8 Jesuit and, on Friday, West Linn.

Lions coach Chris Miller, alluding to the Papermakers’ traditionally strong program, said, “We knew they were going to come in and scrap and claw. We knew we were going to be in a dogfight.”

Camas led 7-0 before the Lions scored the next 24 points. West Linn had a chance to go up 31-7 but a holding penalty on an apparent touchdown run from the 1 followed by a turnover quashed that opportunity.

Hamper caught nine passes. Harmon has thrown for at least two touchdowns in all four games this season and has a total of 12.