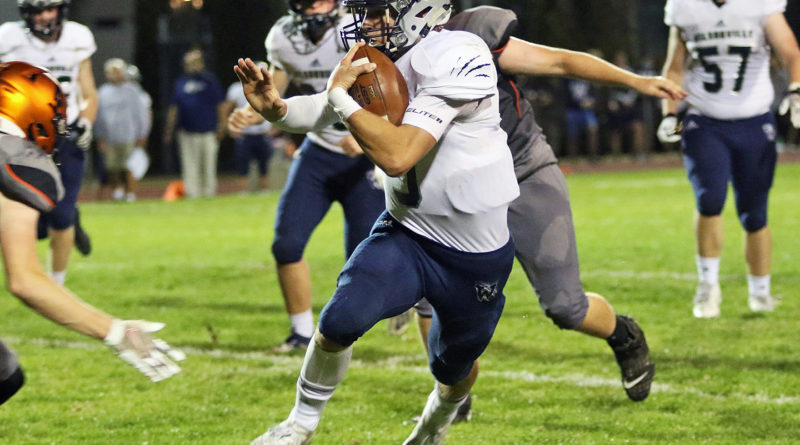 Rochne Beecham ran for two first-half touchdowns and the Wildcats rode a 28-0 first-quarter lead to the victory at Scappoose, which got three touchdowns passing and three more rushing from Luke McNabb.

Chase Hix passed for 219 yards and two first-quarter touchdowns for the Wildcats (4-0, 2-0 Northwest Oregon Conference West), connecting with Cooper Hiday and Tristan Davis for scores. Hix, who threw one interception, also ran for a touchdown.

Wildcats kicker Joey Friedman was 7 for 7 on point-after kicks and made the team’s only field goal try, from 42 yards.

McNabb passed for a season-high 316 yards for Scappoose (2-2, 1-1). The three touchdown passes matched his season high, his three rushing touchdowns matched his career high (from Week 6 of the spring season), and he set a career high by accounting for six touchdowns.

Scappoose’s Colin Stoddard caught two touchdown passes, giving him five in the past two weeks. Ben Rentoul caught Scappoose’s other scoring pass. Scappoose’s defense was led by Johnny Clothier, with his second interception of the season, as well as Austin Verbout and Trey Dieringer.

“The defense played great in the first quarter but then we gave up some big plays and had some discipline issues,” Wildcats coach Adam Guenther said in a text. “We had way too many penalties — not our style of ball.”