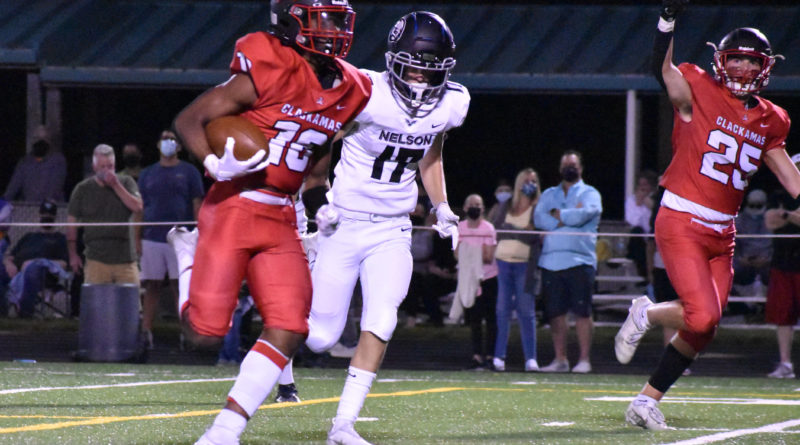 Blake Baker passed for a season-high three touchdowns and KJ Johnson-Gibson and Luke Ash scored two touchdowns apiece for the host Cavaliers (4-0, 3-0), who defeated the Hawks (0-4, 0-4) in a Mt. Hood Conference game.

The game was a matchup between North Clackamas School District teams. Nelson of Happy Valley, populated in part with students who used to attend Clackamas, is in its first academic year as a school and has jumped directly into varsity football competition with a roster that, according to the OSAA website, has one senior.

Ash got the Cavaliers started with a 37-yard run two minutes into the game, and Baker and Johnson-Gibson completed a 62-yard catch-and-run touchdown for a 14-0 lead midway through the first quarter.