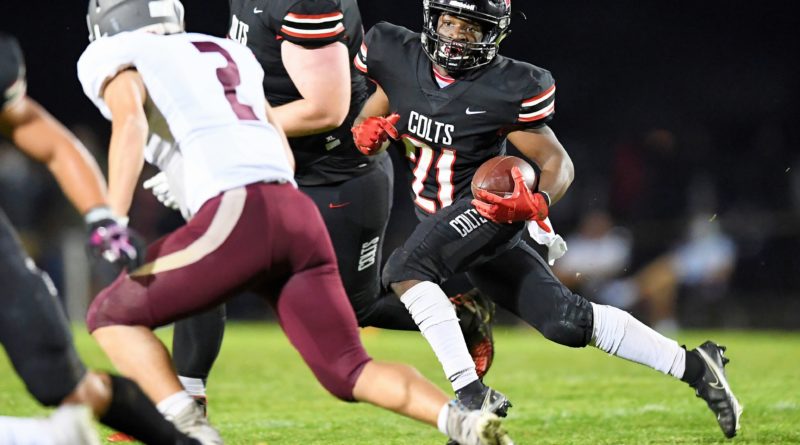 The Colts (2-0, 2-0 Midwestern League) of Springfield held the Wolverines (0-4, 0-3) of Eugene to three rushing yards in the home-field victory.

Griffen Bushnell led the Wolverines with seven catches for 80 yards. Quarterback Ryan Prescott was 9 of 20 for 125 yards.

Saunders had two interceptions and Witham had another as part of a pass defense that allowed the Wolverines 120 yards through the air.