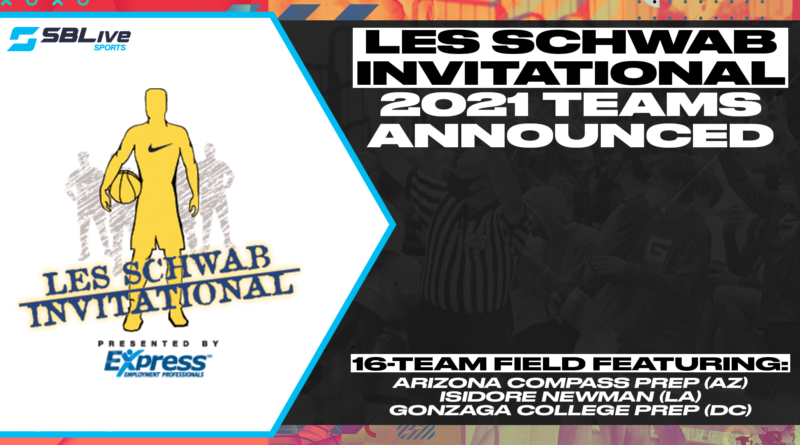 The Les Schwab Invitational, one of the most prestigious holiday high school basketball tournaments in the nation, will return to Liberty High School in Hillsboro (Oregon) this December.

This year will mark the 25th edition of the tournament, and it once again will feature the type of likely future college and NBA stars the LSI has been accustomed to showcasing for more than two decades — and, this time, a potential future NFL quarterback will be taking the court, too.

Marquis “Mookie” Cook and Lamar Washington, two former Jefferson stars who transferred over the summer, will be returning to Portland as members of AZ Compass Prep, ranked by some online sources as the No. 1 team in the nation. The powerhouse program from Chandler, Ariz., has 10 projected Division I players.

Also making its LSI debut will be Isidore Newman of New Orleans. The Greenies’ best basketball prospect is Chris Lockett, a top recruit nationally in the junior class, but the most well-known player on their roster is Arch Manning. The nephew of former NFL quarterbacks Peyton and Eli Manning is the No. 2 football recruit in the class of 2023 according to 247Sports and ESPN.

Gonzaga College High School of Washington, D.C., will round out the out-of-state powers, while several of Oregon’s top programs — including Jefferson, Grant, Jesuit, Lake Oswego, West Linn and Central Catholic — will complete the 16-team field.

SBLive’s Dan Dickau and Andy Buhler will host an Instagram Live at noon Pacific to break down the field, discuss the best players and preview the tournament.

Here is the complete field of teams for the 2021 Les Schwab Invitational (Dec. 26-30 at Liberty High School):

Join Dan Dickau and Andy Buhler on Instagram (@sblivesports) at noon Pacific for the complete breakdown of the 2021 LSI field!