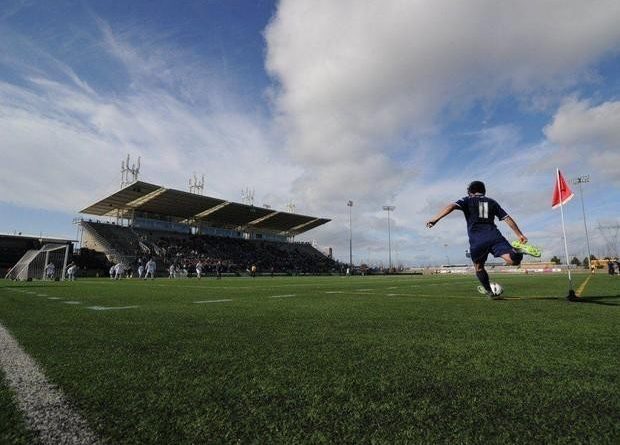 His Wildcats had plenty of chances to make the decisive play. Instead, it was Cardinals junior Kenneth Bae who seized the moment when it arrived.

Bae headed home a free kick from the top of the penalty area midway through the second half for his second goal of the season, lifting the Cardinals to a 1-0 victory at Wilsonville’s Randall Stadium in a matchup of two of the state’s top teams this season.

Lincoln (5-1-1) entered ranked No. 2 in the most recent Class 6A coaches poll, while Wilsonville (3-1-1) — fresh off a victory over four-time defending state champion Woodburn last week — was No. 3 in Class 5A.

“We had chance after chance after chance, but we kind of let them stay in the game, and eventually, it felt like something was going to break,” Reschke said. “Unfortunately, it was Lincoln getting on that one set piece. We didn’t defend the box well, and that was it.”

The Cardinals won a free kick near midfield in the 58th minute that senior Lewis MacPherson lofted into a mass of players at the top of the Wildcats penalty area.

Bae watched as the ball floated through the air and ran to where he thought it would land. He then saw his defender mistime his leap, allowing Bae to redirect the kick just inside the right post.

“This was a good team versus a good team, and it was really competitive, like we’re on the same level,” Bae said. “We were fighting until like literally the very last second. We need games like these in the preseason to prepare us mentally.”

The Cardinals figure to be in a dogfight with defending 6A state champion Franklin and perennial power Grant in the PIL title race, and coach Pablo Dipascuale saw Tuesday’s match as an opportunity to season his team before league play starts.

“Preseason is a way for us to figure out who we are as a team, how we want to play,” the fifth-year coach said. “And when you have such tough competition, a team that pushes you, it also pushes the players to learn what their role is on the team.”

The Cardinals have 21 goals through seven games, but they struggled for much of the night to press the attack against a Wildcats team that has posted three shutouts and allowed four goals this season.

“That’s a good team over there, and we knew it was probably going to come down to a set piece situation,” Dipascuale said. “We told them before the game, and at halftime reinforced, to be ready for set pieces defensively and attacking. This was a game where it seemed like a team just needed that one chance because there weren’t a lot to be had.”

Wilsonville reached the 5A final for the third time in the past five seasons in 2019 with an attack that scored the fourth-most goals among 5A schools.

This season’s squad hasn’t found its go-to scorer, relying instead on its defense and grinding out results as it finds its footing.

“We don’t have that someone who is going to score 15 goals in a season,” Reschke said. “We’re going to score by committee, generate goals through set pieces and counterattacks and really depend on our good defending to keep us in games.”

He put together a difficult nonconference slate that includes Woodburn, which has won four consecutive state titles (5A in 2016-17, 4A in 2018-19) and moved back up to 5A this season, and a run of four consecutive matches against 6A teams that started with Lincoln and includes Liberty and McMinnville, which handed the Cardinals their only defeat last week.

Wilsonville then open Northwest Oregon Conference play against La Salle Prep in a rematch of the 2019 state final won by the Falcons 2-1.

“It’s going to be a hard league,” Reschke said. “You’ve got Putnam, who was competitive last year, and Hillsboro is usually pretty talented. They always get up for Wilsonville. We know we’re going to take everybody’s best shot, so we scheduled a hard preseason because of that.”