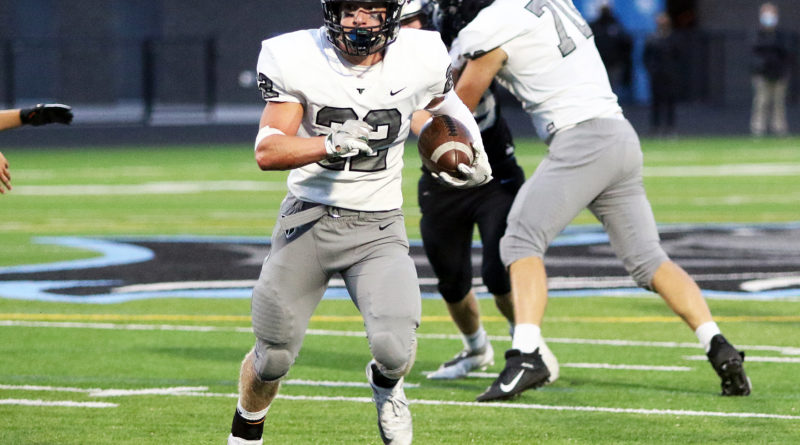 Konner Grant and Luke Davis led a Tigers running game that gobbled up about 300 yards in the victory over the host Mavericks (0-3) in Beaverton.

Grant scored twice and Davis once as the Tigers (1-2) took a 20-7 lead with seven minutes left in the first half. The Mavericks, who got on the scoreboard on Brian Mannion’s pass to Quinn O’Connor, had a late first-half drive reach the Tigers’ 1-yard line before a fumble, recovered by Kellen Jolley, ended the threat.

Jolley’s recovery was one of two for the Tigers, and Austin Goetz blocked a Mavericks punt in the third quarter.

Mannion was 21 of 48 for 254 yards, two touchdowns and no interceptions. Zac Brown was on the receiving end of the other scoring throw, which brought the Mavericks within 10, 23-13, seven seconds into the fourth quarter.

Bowen Stinson was in on 14 tackles and Kadin Kingsbury intercepted a pass for the Mavericks, who got 97 yards receiving on seven catches from Keenan Speer-Johnson, who transferred from Tigard in the offseason.