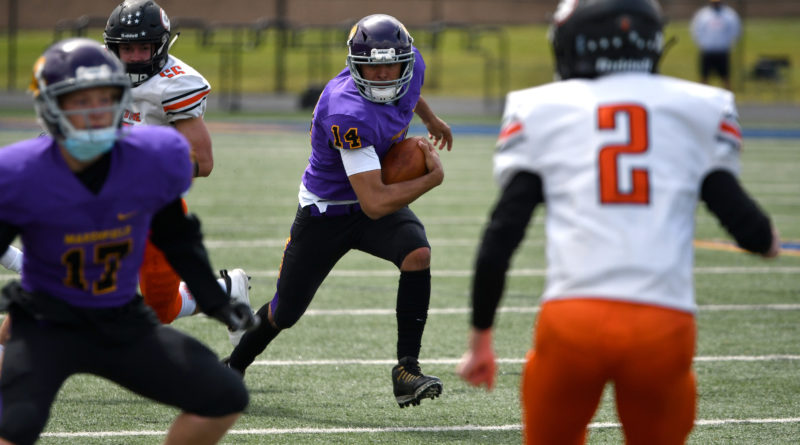 DJ Daugherty was on the receiving end of two of Dom Montiel’s three touchdown passes in the Pirates’ victory over the Falcons (2-1), a WIAA Class 3A school in Vancouver, Wash.

Pierce Davidson caught Montiel’s other touchdown pass, helping the Pirates (3-0) of Coos Bay to the victory at Sheldon High School in Eugene.

The Pirates led 18-0 before the Falcons scored in the third quarter.

Montiel was 18 of 35 for 210 yards and the three scores. Daugherty made eight catches for 99 yards, and he and Ben Mahaffey each intercepted a Falcons pass.