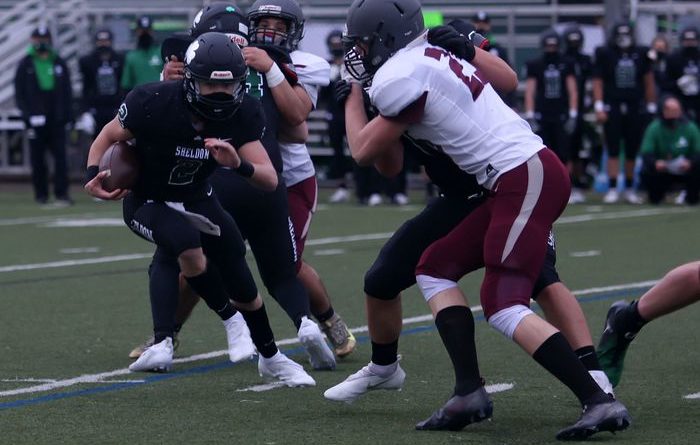 Brock Thomas threw for three touchdowns, ran for two and caught a scoring pass for the Irish (3-0) of Eugene, who rallied from a 21-14 third-quarter deficit to defeat the Tigers (0-3) in Newberg.

The Tigers’ Levi Durrell connected with Christian Buck on a scoring play of more than 60 yards to break a 14-14 halftime tie.

Thomas was on the receiving end of a pass form Cade Welch. Thomas entered the game with six rushing touchdowns and four passing, and he has now been responsible for 16 touchdowns in three games.

Newberg’s Price Pothier ran for more than 100 yards and a touchdown, and Hudson Davis had two scoring catches.