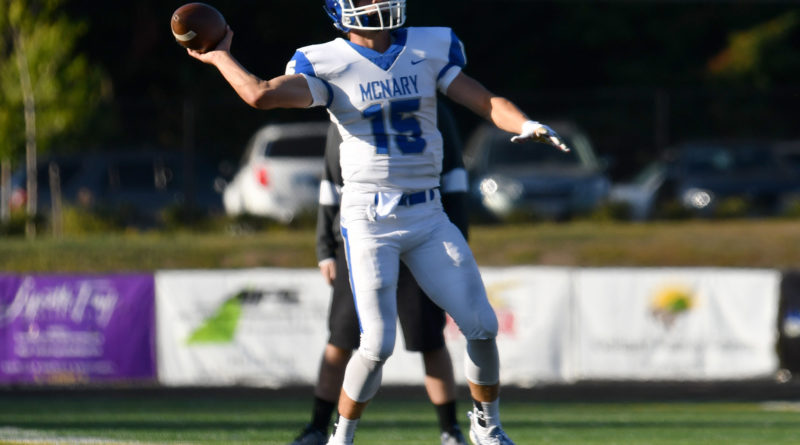 The Celtics of Keizer allowed fewer than 100 yards of offense, and Tyler Copeland passed for four touchdowns — two each to Braiden Copeland and Gunner Smedema — in the victory over the visiting Cavemen (0-3).

Zane Aicher got the Celtics (3-0) going with an interception that set up his one-yard scoring run midway through the first quarter. Copeland threw his first two scoring passes in the second quarter, and Dakota Dunagan ran in from the 1 with 1:26 left in the half for a 27-0 lead.

The Cavemen’s Jayce Jordan had three catches for 25 yards.