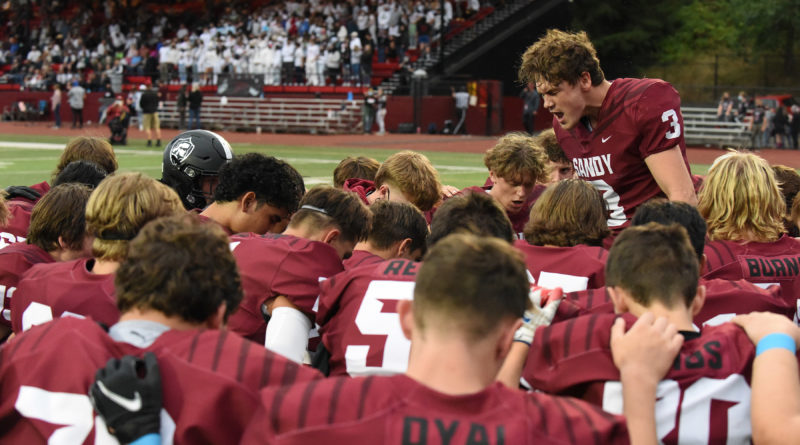 Leithan Thompson scored both Sandy touchdowns — including an 83-yard catch-and-run play late in the fourth quarter — and intercepted a pass at the end to preserve the Pioneers’ lead in the win over the visiting Bruins (3-1, 2-1 Mt. Hood Conference) of Gresham.

Teague Clemmer passed nine yards to Thompson to stake the Pioneers (3-0, 3-0) to a 6-0 lead in the second quarter. Barlow went ahead 7-6 on a 16-yard pass from Gavin Dow to Cole Gallant and led until Thompson’s second touchdown.

Jake Fay had 13 carries for 56 yards for the Bruins. Dow was 3 of 9 for 58 yards with the touchdown and an interception. Dakota Pillster had two catches for 42 yards. Silas Bjugan made an interception midway through the third quarter to quell a Pioneers drive that had just pierced Barlow territory.

It had been 21 years since Sandy last defeated Barlow.

Photo by Rockne Andrew Roll, for The Oregonian/OregonLive