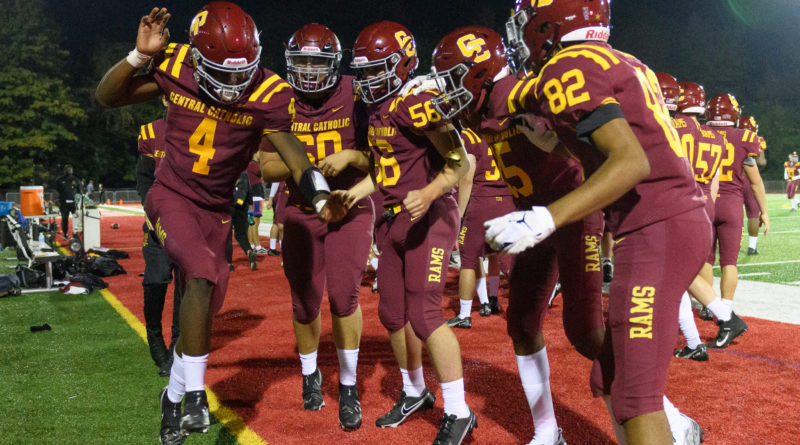 Another week, another round of COVID cancellations affecting the high school football schedule.

This week, two of the state’s top teams had to change plans midweek after opponents canceled their games.

Central Catholic, ranked No. 2 in Class 6A in the SBLive Oregon media poll, winds up playing its second Washington opponent in three weeks after its Mt. Hood Conference game with Nelson was called off because of COVID issues at the first-year Happy Valley school.

Instead, the Rams will play at Tumwater, a traditional Washington Class 2A powerhouse, at 5 p.m. Friday. The Thunderbirds, the only 2A team in the SBLive Washington Top 25 at No. 18, were available because their original opponent, Aberdeen, canceled due to positive COVID cases in its program.

Meanwhile, 4A top-ranked Marshfield saw its annual rivalry game with North Bend canceled. The Pirates picked up a game against Prairie from the Vancouver area. They’ll play at Sheldon High School in Eugene.

Yet another game went by the wayside Thursday when North Marion was forced to cancel its Week 3 matchup with Milwaukie.

That left first-year Mustangs coach Tim Price scrambling to find a replacement on short notice — which he was able to do. They will now play host to Warrenton at 7 p.m. Friday.

The Warriors were looking for a new opponent after their nonleague game against Culver was canceled earlier in the week.

Hillsboro added a game against Centennial after its NWOC West opener with St. Helens was canceled. The Lions program went into quarantine last week.