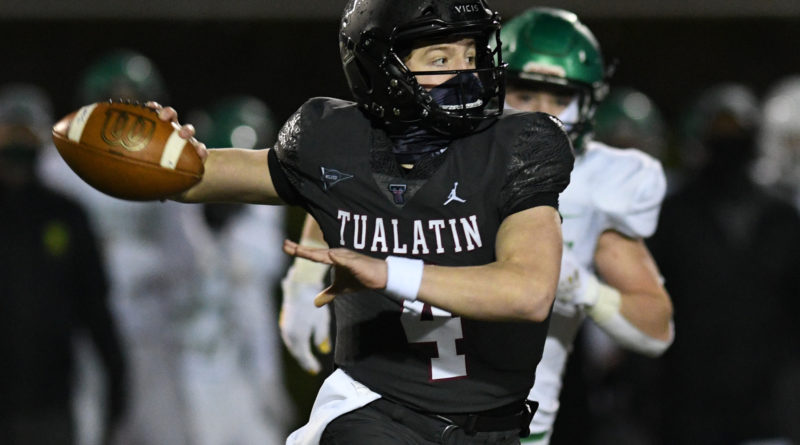 SBLive Oregon Class 6A No. 1 Tualatin will be without senior quarterback Jackson Jones for its game this week at Aloha, coach Dan Lever confirmed Wednesday.

Jones sat out the second half of the Timberwolves’ 35-27 victory over Silverton on Friday with a shoulder injury.

“He will be out this week,” Lever said. “We could have him back as soon as next week (against West Salem).”

In Jones’ absence, junior Jack Wagner took over at quarterback and led two second-half scoring drives to help Tualatin hold off the Foxes, ranked No. 2 in Class 5A. Wagner likely will get the start for Tualatin (2-0) in its matchup against the winless Warriors.

Jones has thrown for 364 yards and five touchdowns in his first six quarters of work this season. He is the top-ranked senior quarterback prospect in the state and No. 13 overall by 247Sports after a strong showing at the Northwest 9 Showcase in Yakima.