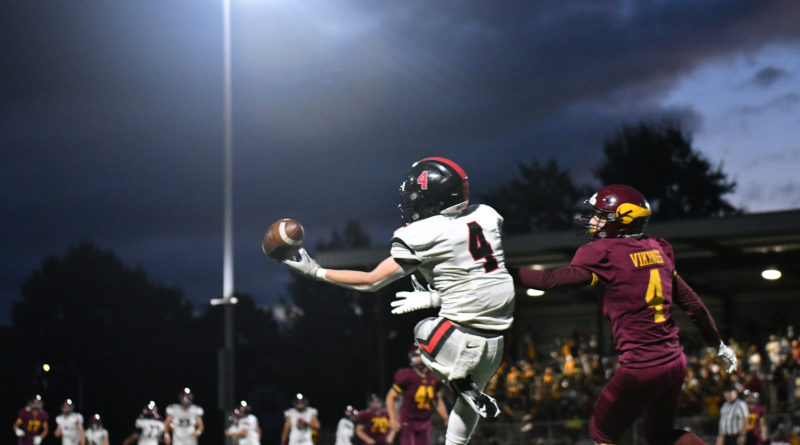 Now, we focus specifically on the Week 3 schedule. Here is an inside look at the top high school football games across the state of Oregon this week (Sept. 16-18).

This is the matchup many wished to see in April, when they were the last two unbeaten teams standing in the Portland area. Each has continued rolling this season with first-year starters under center — Chase Harmon for the Lions and Grady Newsom for the Apollos.

These traditional powers from opposite sides of the Columbia River have met only one other time — the Papermakers romped to a 47-14 victory en route to their first appearance in a Washington Class 4A final in 2013 (they’ve since won titles in 2016 and 2019).

The Falcons have yet to be tested in cruising past Aloha and Lincoln by a combined 108-0 score. That should change this week as they look to slow down a high-powered Pacers attack averaging 41.5 points per game.

The Irish, led by standout junior quarterback Brock Thomas, travel north to face perhaps the hardest-luck team in Class 6A — the Tigers have lost a couple of one-score games to West Salem and McNary.

The Saxons are one of the most surprising unbeaten teams in Class 6A and face their sternest test to date against a Titans team that has won five in a row against their crosstown rivals by a combined 208-26 score.

Yes, you read that right — the Bruins enter their Week 3 matchup with three wins thanks to getting credit for both a forfeit win against Reynolds and a nonleague victory over Central last week. The winner of this game has a leg up in the battle for the Mt. Hood Conference’s third automatic playoff berth.

This is a rematch of a 2019 Class 6A second-round playoff game when the Mavericks announced themselves to the state, knocking off the top-seeded and undefeated Tigers in overtime. This time, the game is in Beaverton.

These Mid-Willamette contenders didn’t meet during the spring season. The Bulldogs enter 10-0 all-time against the Dragons.

The RedHawks hope to show that their first 2-0 start in the past seven years is no fluke as they take on a Foxes team that pushed 6A top-ranked Tualatin to the limit last week. Silverton has won five in a row in the series heading into both teams’ Mid-Willamette opener.

Two of the top quarterbacks in Class 4A meet in the Grants Pass area, with Cooper Gobel and Banks looking to rebound from a 33-7 loss to Estacada against the Nate Vidlak-led Mustangs.

The Cougars have outscored their two opponents 109-0 but won’t have as easy of a time against the reigning 4A champions, who rebounded from a Week 1 loss to Marshfield by trouncing Crater 42-14 last week.

This game could be one of the quickest in the state Friday as both the Seagulls and Rangers feature run-heavy offenses that chew clock in large chunks.

The last two unbeatens in the NWOC East meet in Redmond to open league play. The Eagles have the second-highest-scoring offense in 5A, averaging 40.5 points per game.

The Vikings enter their NWOC West opener fresh off a Pigeon Bowl victory over McMinnville. Can they slow down Scappoose quarterback Luke McNabb, who has 523 yards of total offense in two games and has accounted for five touchdowns (two passing, three rushing)?

This crosstown rivalry game should tell a lot about the chances each team has of regaining its status as Mid-Willamette title contenders. The Spartans won the last meeting in 2019 to break a four-game losing streak to the Raiders and improve their all-time mark in the series to 31-17.