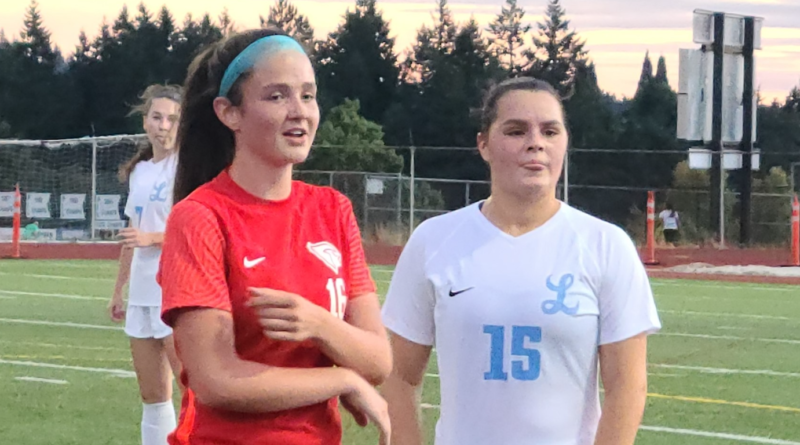 In the end, neither Lakeridge nor host Lincoln took home a victory, playing to a 1-1 tie, but both coaches walked off the field thinking their teams had taken a step forward with league play looming.

The Cardinals (3-1-1), ranked No. 10 in the most recent OSAAtoday coaches poll and coming off their first loss of the season Thursday against Oregon City, dominated play in the first half, outshooting the Pacers (0-1-3) 7-1 and grabbing an early lead on sophomore striker Alana Harry’s goal from the top of the penalty area.

Lakeridge coach Nick Lewis challenged his team at halftime “to go out and win the second half, and we’ll see where we end up,” and the Pacers responded with what he considered their best 40-minute stretch of the season.

Most important, they scored the equalizer midway through the half on the counterattack, with Elia Damori flicking the ball to Tessa French for a long-range drive that ended a 220-minute scoreless streak by notching just the team’s second goal of the season.

“We’ve had a tough start to the season,” Lewis said. “We’ve played against some good teams, and we’ve just been trying to find who we are as a team. We wanted to get our first win under our belt tonight, but we conceded early, and it was an uphill battle.”

While Lewis conceded that the Pacers didn’t play the most aesthetically pleasing soccer in making their comeback, “in terms of our intensity and our focus, our overall performance, it was definitely up there as one of our best halves.”

Cardinals coach Lainey Hulsizer, meanwhile, liked how her team bounced back from the Oregon City match on Thursday, owning a 2-to-1 advantage in shots and dominating possession for the game’s first 50 minutes.

“It was exciting to see kind of that drive again,” Hulsizer said. “And this was a big improvement from the last time we played this team (a 2-1 Lakeridge victory during the spring season). They definitely took it to us that day.”

Hulsizer took over the program shortly before the pandemic-delayed 2020 season kicked off in March, and only now does she feel as though she’s putting her stamp on the team.

“We’re definitely trying to build our identity still and show everyone that we’re going to be a top-10 team every year,” said Hulsizer, whose team went 9-2 in the spring. “We’re building back to the style, the competitiveness, the aggressiveness and the possession that we want. When we put all of that together, we’ll be a top-10 team.”

The Pacers also believe they’re a top-10 caliber team coming off an 8-1-2 spring season during which they conceded just two goals.

“I have full confidence in our backline,” Lewis said. “Abby is definitely instrumental in terms of our results and our performance, but I think defensively, we’re one of the best teams in our league and in the state.”