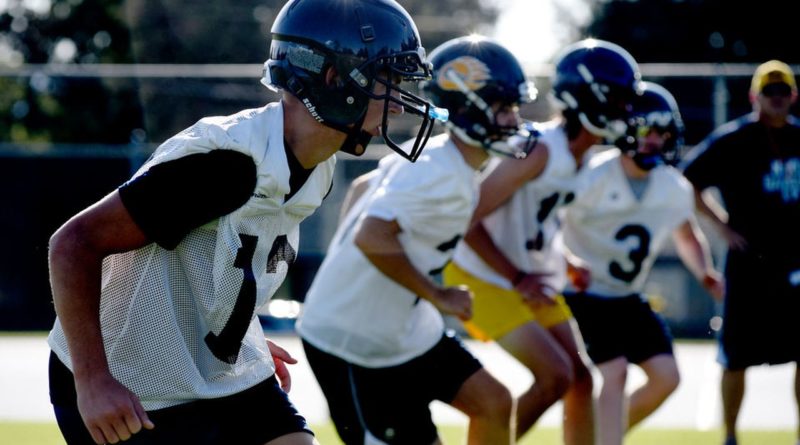 Malakai Nutter rushed for four touchdowns to help the Lava Bears (2-0) claw out of a 14-0 first-quarter hole and overcome four turnovers in the win over the Panthers (0-2) at Punk Hunnell Stadium in Bend.

Nutter carried 33 times for 231 yards, giving him 414 rushing yards in two games. Senior defensive back Fred Kent recovered a Panthers fumble and had an interception for the Lava Bears’ defense.

Junior quarterback Deacon Edgar scored on a one-yard run at the end of the Panthers’ first possession, giving South Medford a 6-0 lead. The Panthers recovered a fumble on the Lava Bears’ next possession and made Bend pay with a touchdown pass from Edgar to Colton Samis, producing a 14-0 lead.

The Lava Bears’ next three possessions ended with Nutter running for touchdowns, staking Bend to a 21-14 lead. After forcing a Panthers punt on their next possession, Bend lost another fumble, leading to a 35-yard touchdown pass from Edgar to Carson Joe that made the score 21-21 a half-minute before halftime.

The Lava Bears regained the lead on Jack Sorenson’s 34-yard touchdown run three minutes into the third quarter, and after Kent recovered a Panthers fumble, Nutter ran in from the 4 for his fourth touchdown and a 35-21 Lava Bears lead.

Edgar passed for 237 yards with two touchdowns and an interception.