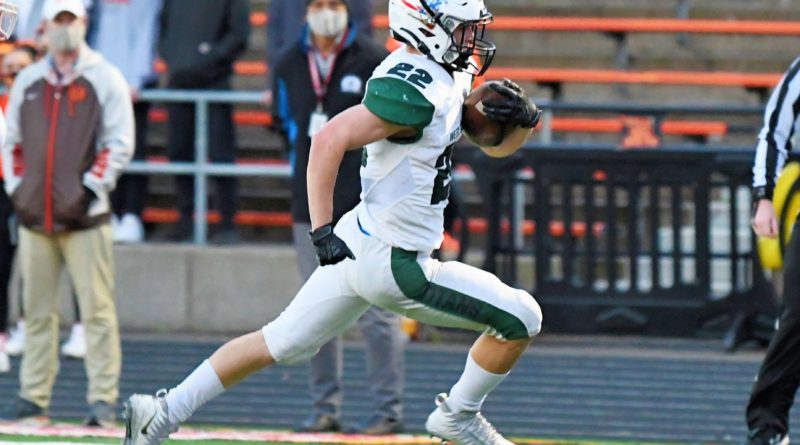 Hudson Giertych, Johnny Withers, Jimmy Lathen and Brooks Ferguson combined for six rushing touchdowns, and the Titans (2-0) pulled away after the host Cavemen (0-2) pulled within a point in the second quarter.

Asher Yriarte’s eight-yard run brought the Cavemen within 14-13, but Giertych answered with a six-yard score one second before halftime to up the Titans’ lead. West Salem scored three successive touchdowns after halftime to take command.

Jace Blanchard passed to Josh Hart for the Cavemen’s first touchdown, forging a 7-7 tie with 5½ minutes left in the first quarter.

Brock Strader had a forced fumble, which was recovered by Titans teammate Martin Trujillo. Giertych had a blocked extra point in the first half, and Strader and Tommy Slack combined for a key fourth-down sack early in the third quarter.