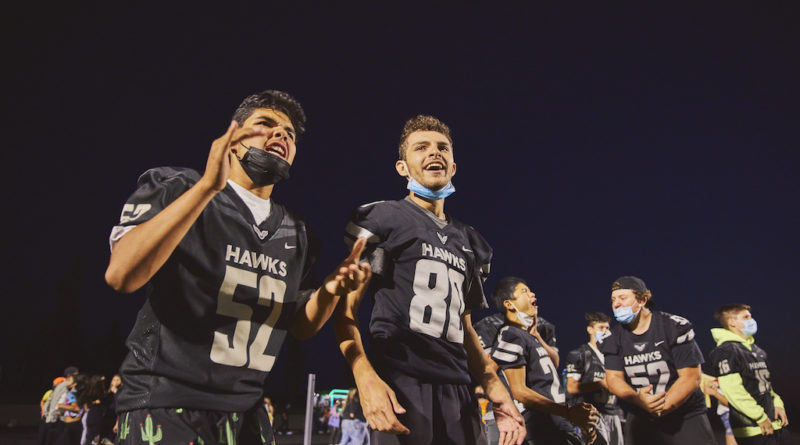 Jaden Mitchell scored three touchdowns, including an 86-yard kickoff return, and the Gophers opened their season with a victory over the visiting Hawks (0-2, 0-2 Mt. Hood Conference) of Happy Valley.

Reid Gray scored the first touchdown in Nelson history on a kick return, and sophomore Sam Lewis had two interceptions.

“Our defense played lights-out,” Hawks coach Aaron Hazel said, noting that two of the Gophers’ touchdowns were non-offensive scores and that his team had one drive stall at the Gresham 2.

The Gophers’ Matthew Scott returned an interception 85 yards for a late touchdown. Mason Herman’s 13 tackles led the Gophers (1-1, 1-1), who forfeited their Week 1 game because of COVID issues.