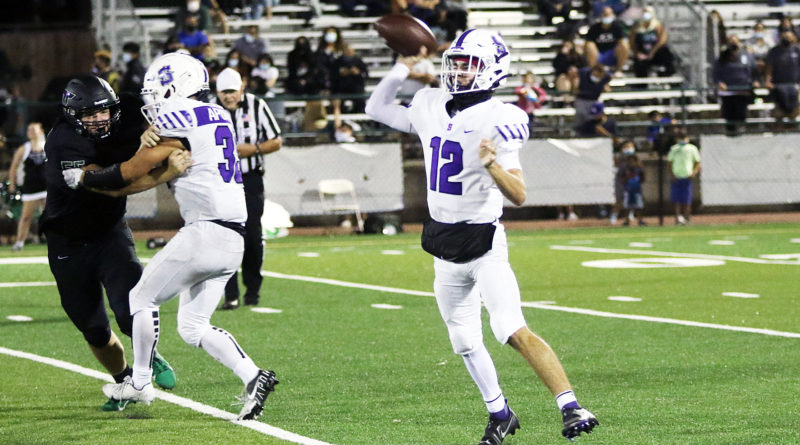 Grady Newsom had his second consecutive game with three touchdown passes, and the Apollos again held their opponent to fewer than 10 points with the victory over the visiting Skyhawks (0-2, 0-1 Metro League) of Beaverton.

Mason Ebenal had two receiving touchdowns and one on the ground for the Apollos (2-0, 1-0), who won their eighth in a row.

The Skyhawks scored late on a 62-yard catch-and-run pass from Cooper Weygandt to Stone Fowler.

Through two games, the Apollos have allowed one touchdown on special teams (in the opener against Tigard) and one on defense.