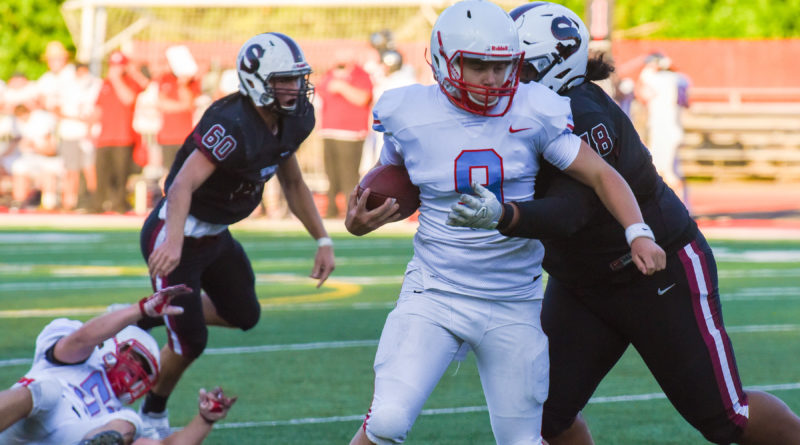 South Salem 42, Jefferson 0: Carter Boyles ran for two touchdowns and Daschel Smith passed for two, Camden McCool recovered a fumble in the end zone for a score, and the host Saxons opened by defeating the Democrats of North Portland.

The Saxons posted their first shutout victory since October 2016. South Salem’s Levi Wilhite had two sacks, and McCool and Steven Smith had one apiece.

Boyles carried eight times for 82 yards, including touchdowns of two and five yards. After Boyles’ first score, McCool recovered a Jefferson fumble to send the Saxons to a 14-0 first-quarter lead.

Boyles’ second score was followed by a one-yard scoring pass from Smith to Brady Vogt, both in the third quarter.

Coach Anthony Stoudamire said the Democrats committed too many mistakes to overcome.

Stoudamire said senior Trejon Williams, who has committed to Oregon, played well but suffered from cramps in the second half.

“We saw some bright spots we can build on,” Stoudamire said, mentioning the Democrats’ ability to move the ball well in spots and the emergence of some young players.