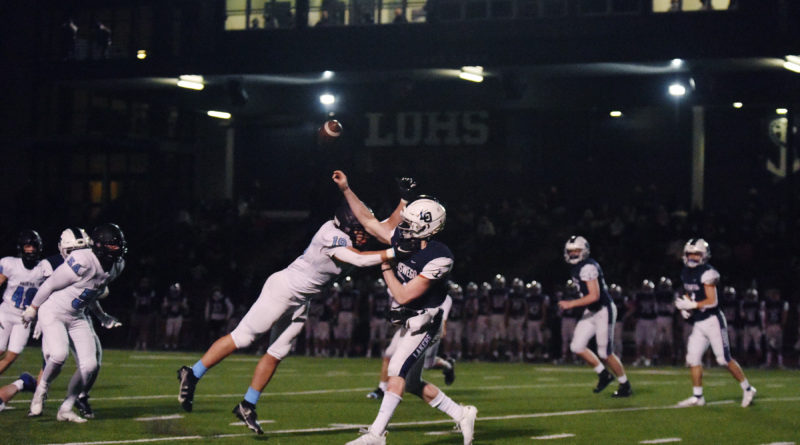 The Oregon high school football season kicks off this week, and SBLive has rolled out a comprehensive statewide preview, including a look at 25 of this season’s top games.

Now, we focus specifically on the Week 1 schedule. Here is an inside look at the top high school football games across the state of Oregon this week (Sept. 2-4).

The 2019 Washington and Oregon big-school state champions square off in a tantalizing Week 1 matchup. The Papermakers will play four Oregon opponents in nonleague play this season.

It’s been close to 40 years since these programs have met in the regular season. The Lions were the dominant team in the spring, while the Crusaders look to rebound from an up-and-down six-week season.

How good is the new passing connection between Mavericks seniors Brian Mannion and Keenan Speer-Johnson? It’ll get an early test against a Lakers secondary led by Dylan Layne and Calvin Macy. Expect a tribute or two to former Lake Oswego coach Brian Bartsch, who passed away in July.

The Apollos are coming off an unbeaten spring season and would love to keep the momentum going with a big road win against the team that finished the 2019 regular season as the No. 1 playoff seed.

Two programs that enter the season with elevated expectations. The Bowmen begin the Kevin Hastin era after he took over from longtime coach Greg Lawrence during the offseason.

Two of the surprise teams of the spring square off in an early-season test. We can’t wait to see how the Tigers adjust to new coach Jeremy Johnson’s fly spread offense after spending the past four years mastering the wing-T.

The Timberwolves travel south to the Bay Area to take on a Bears team that started the season ranked in the California Top 50 but lost in its opener to Bellarmine College Prep.

Two Class 5A programs hoping to prove they’re worthy of joining the title contender conversation meet in the Mid-Willamette Valley.

This matchup of Class 4A heavyweights marks the debut for Gladiators coach Cam Sommer. Banks is loaded this season and will try to earn its first state title since winning one in the fog in 2018.

The Vikings won the 4A Showcase championship in the spring behind a stalwart defense that will be tested in this fall opener against a high-powered Pirates offense that averaged 39.3 points per game last season.

Two of the best Class 3A programs meet in Adair Village on a Thursday night. The Eagles have completely retooled from the team that won the 2019 state championship.