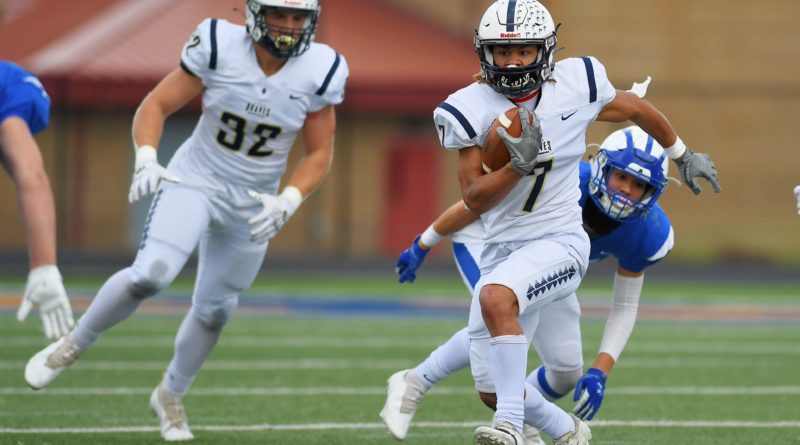 The Oregon high school football season kicks off this week. Here are one writer’s preseason Class 4A power rankings. Click on the link to read the team’s complete season preview.

Good things happened in the spring for the Cubs, even if they were forced to play nine-man football because of COVID restrictions. The eventual goal is to win a state championship, which won’t happen this year, but Newport is working toward that accomplishment.

The Pelicans’ youngsters could get up to speed quickly during a manageable nonconference slate, though they’ll still need to find a way to knock off one of the big three in the Skyline Conference to find their way back to the 4A state playoffs.

A late coaching change put the Huskies a bit behind schedule entering the season. The offensive line, with a talented running back for whom to block, should provide a strength.

While the Tigers have seniors at several key positions, they’ll have a challenging time supplanting La Grande or Baker in the hunt for one of the GOL’s two 4A playoff berths.

The Knights return three starters on the offensive line, forming a solid foundation for the offense. The defensive backfield is another packed position group, but for the team to return to the playoffs, it needs to take advantage of getting to play host to the three teams it figures to battle for a postseason berth.

The Bulldogs know they might not be able to challenge Cascade for top honors in the Oregon West, but they can certainly battle Stayton for the conference’s second automatic playoff berth.

First-year coach Pard Smith has experience in the backfield and a strong defense, just the parts needed to emerge from the muddled middle of the Tri-Valley and claim the conference’s final playoff spot.

New coach Tim Price saw plenty of positives during the spring, when he served as the Mustangs’ defensive coordinator. He hopes to build upon those positives and challenge for the Cowapa’s final playoff berth.

Coach Randy Nyquist considered his Eagles “kind of a middle-of-the-pack team going into the season,” but despite depth being an issue, the team’s understanding of a new defense installed during the spring should pay dividends in the fall.

The top three teams in the Cowapa will make the playoffs. That is where the Seagulls want to be, playing into November. They played a lot of young kids in the spring, and they hope that experience pays off this season.

With a core of young, hard-working players on both sides of the ball, the Falcons are a team that could improve by leaps and bounds as the season progresses and play spoiler in the Sky-Em League.

The Fishermen are looking to build on their second-place Cowapa finish in the abbreviated spring campaign. A top-three finish and a playoff berth is the goal, and with the players they return, that’s certainly within reach.

The Hornets will be short on experience but long on athletic ability. They’re looking for some new leaders to emerge and help Henley challenge Mazama and Hidden Valley for top honors in the Skyline.

The Bulldogs have a youthful roster that gained experience during the spring season. They open against Cascade and Idaho 3A power Homedale; survive that gauntlet, and they’ll have six more games to prepare for La Grande and the game that likely will decide the GOL championship.

The abbreviated spring season was a tremendous step in the right direction for the Highlanders. Now, they’re hungry for more. Chasing down Marist Catholic and Marshfield for one of the Sky Em’s automatic playoff berths might be asking too much, but they should be ranked higher than the Oregon West’s third-place team and secure 4A’s lone at-large berth.

Tillamook had a breakthrough season in 2019, reaching the state quarterfinals. After the long break, the Cheesemakers took a step back in the 2021 spring campaign, but it’s now time for a bounce-back. They’ll get an idea where they stand with a nonleague schedule that includes power programs Cascade and Marist Catholic.

The Rangers finished 5-1 in the spring and bring back their entire offensive line and most of their skill players. They enter the season full of confidence and expecting to make a deep playoff run after challenging Gladstone for the Tri-Valley title.

Even though the Tigers are the last official state champion crowned in 4A, they are not treating this season as a title defense. Instead, they see it as the precursor to what should be another championship push. While this year’s senior class has several standouts and leaders, it’s the junior class — 20 players deep — that really has the coaching staff excited about the present … and the future.

The Gladiators have a great combination of strong senior leaders and a talented junior class that should have them in contention not just to repeat as Tri-Valley champions but to make another deep playoff run.

The Vikings won the 4A Showcase to claim the unofficial state championship in the spring. Now comes the difficult part — staying atop the mountain after reaching the summit. Mazama got there with a deep senior class, but if the newcomers can survive an opening gauntlet that includes Marshfield and 3A champion Cascade Christian, the Vikings should be ready to challenge for an eighth consecutive Skyline title.

The Spartans came agonizingly close to knocking off Mazama in the Showcase final and return a group of talented seniors who have been there and done that. The only thing their prep resumes are missing is a state title. In Lucas Tuski, they have one of the best offensive weapons in the state, and the talent they have in the trenches will cause nightmares for opponents.

New coach Mike Fanger declared that the Mustangs “have a lot of work to do to figure ourselves out.” Expect them to figure themselves out in plenty of time to grab one of the Skyline’s three state playoff berths and challenge Mazama for the conference title.

There are only a few teams that get described as state championship contenders in August. Cascade is one of those teams, and the Cougars are embracing the challenge. They had one senior in the spring. All their younger players gained valuable experience, and now they are ready to contend for a state title.

Nearly the entire team is back from a squad that finished third in the 4A Showcase. The program lost five seniors, and only two were truly impactful players. With second-team SBLive Oregon all-state selection Dom Montiel at quarterback and a seemingly endless line of talented pass-catchers surrounding him, the Pirates will be able to hang with any team they face.

State champion in 2018. State runner-up in 2019. A 5-1 record in the spring. That’s 27-3 in the past three seasons for Banks, which doesn’t have an apparent weakness. The biggest question is determining who will start on a talented but unproven offensive line. Banks has two of the best offensive talents in 4A in seniors Jamar Flippen at running back and Charles White at tight end.