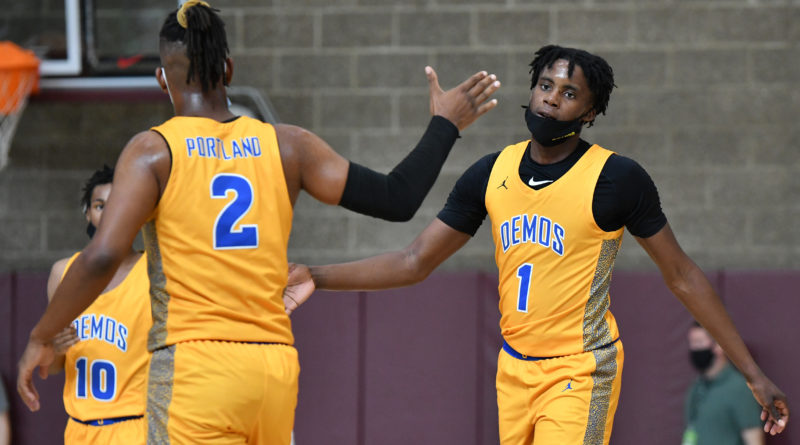 All spring, Jefferson boys basketball standouts Lamar Washington and Marquis “Mookie” Cook fielded questions about whether they would leave the North Portland school at season’s end.

Democrats coach Pat Strickland held out hope he could change their minds about transferring, but while announcing his retirement after 23 years on the Jefferson bench — the past 13 as head coach — he confirmed that the star duo has transferred to prep powerhouse AZ Compass Prep in Chandler, Ariz.

“They are two outstanding kids, and big things, great things, are going to happen for them,” Strickland said. “It’s a not-so-perfect storm that they left, and I left. It just happened that way.”

Washington, a senior, was the SBLive Oregon player of the year for the spring season, when he led the state in scoring at 31.2 points per game (going over 1,000 career points in the process) while averaging 10.3 rebounds, 5.1 assists and 2.2 steals.

Cook, a junior and the No. 9 recruit nationally in the class of 2023 in the 247Sports rankings, joined Washington on the SBLive Oregon all-state first team after helping the Democrats to the Blue Bracket championship at the Portland-area Class 6A/5A culminating-week tournament.

AZ Compass Prep is a prep program that started seven years ago and has made an immediate impact on the national scene. It finished the 2020-2021 season 28-2, winning the Grind Session national championship and reaching the GEICO Nationals semifinals.