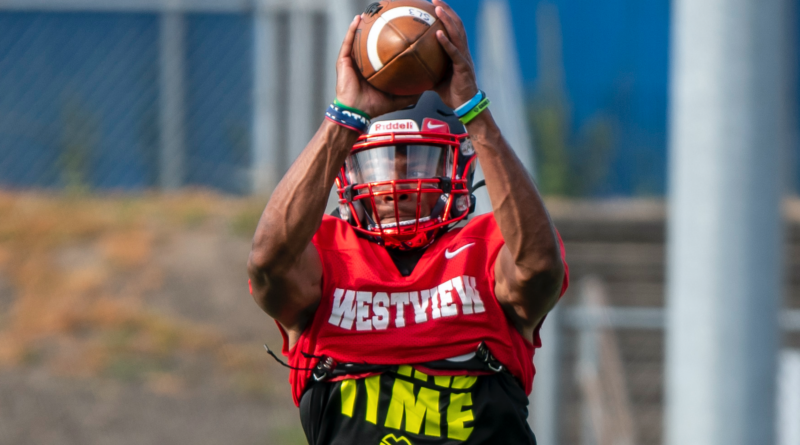 The Oregon high school football season kicks off this week. Who will be among the top candidates for Class 6A offensive player of the year?

Clemons is a consensus four-star recruit who returns to the Wildcats after playing last fall at Pleasant Grove High School in Utah, where he caught 37 passes for 760 yards and nine touchdowns.

Kim, a second-team SBLive Oregon all-state pick in the spring, is a three-year starter in the backfield who averaged more than 130 yards per game as a junior, rushing for 784 yards (7.3 per carry) and 13 touchdowns.

The SBLive Oregon first-team all-state receiver brings size, a physical element and dependable hands to the Rams’ passing game. In the six-game spring season, he had 28 receptions for 452 yards and seven touchdowns — the team leader (by far) in all three categories.

As a sophomore, Mannion joined the varsity in midseason and led the Mavericks to the 6A quarterfinals, and during the spring season, he completed more than 62 percent of his passes (87 of 140) for 1,102 yards and 12 touchdowns (three interceptions).

It might seem like Pothier has been around forever for the Tigers, but the reigning Pacific Conference offensive player of the year and second-team SBLive Oregon all-state selection has had an impact on the program since cracking the lineup as a freshman. He ran for 757 yards and 10 touchdowns last season on 93 carries, putting him at 2,013 yards for his career.

Ash looks to build off a fantastic finish to his sophomore season, when he averaged more than 160 yards rushing and ran for nine touchdowns in the final four games of the spring.

A first-team all-conference wide receiver as a junior, Dyer is a giant 6-foot-4, 180-pound target who can run. The Black Tornado are the class of Southern Oregon, and if they make a deep run in the 6A playoffs, stars like Dyer will make it happen.