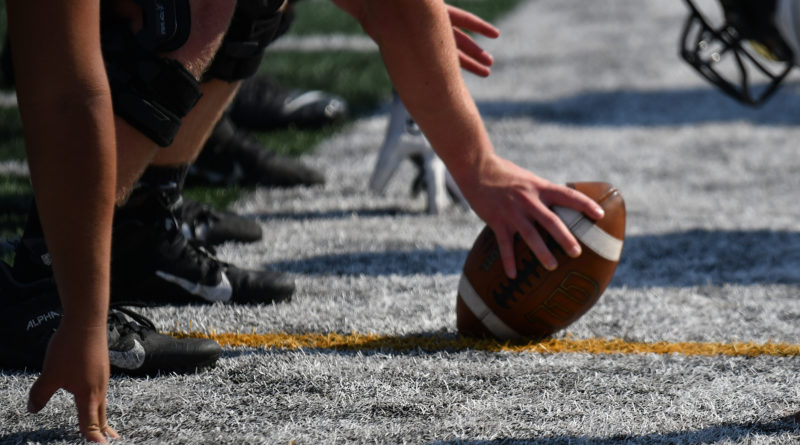 Here are 10 questions for the Class 6A Southwest Conference entering the fall 2021 high school football season. At the bottom is Bob Lundeberg’s predicted order of finish.

1. Are Grants Pass, Roseburg, Sheldon and South Medford all playing for second place?

On paper, North Medford has one of the best rosters in all of Class 6A. Grants Pass, Sheldon and South Medford project to be strong teams this fall, but the Black Tornado might be on a different level. North Medford has a great chance to win its first conference title since 2013 and make a deep run in the state playoffs.

2. How will South Medford hold up at the line of scrimmage?

South Medford is loaded with talented returning skill position players, but the team graduated nine senior linemen from last season’s group. Head coach Bill Singler said the Panthers will need to get creative on offense to allow quarterback Deacon Edgar, running backs Carson Joe and Brycen Guches and a large group of dangerous receivers to shine. If South Medford can piece it together up front, expect the 2017 state runner-up to put up plenty of points.

3. Is Sheldon still a contender?

The Irish rode a star-studded senior class to the 2018 state title game and repeated as SWC champions the following year. Sheldon split four games during the spring season, and head coach Josh Line believes this season’s team isn’t quite as talented as past groups. Line, though, loves the attitude and work ethic he’s seen from most of the players in camp. The Irish have the ability to win plenty of games by out-executing the opposition.

SWC defensive player of the year Dante Haven headlined a group of 12 Cavemen seniors who made the all-conference team a season ago. The team returns just five players who started during the spring, but Grants Pass has a strong group of up-and-comers who are eager to make their mark at the varsity level. If the Cavemen can jell during nonconference play, they will be a tough out when the conference season begins.

5. What will North Medford’s offense look like under new head coach Nathan Chin?

The conference’s lone first-year coach, Chin is bringing a spread offense to the Black Tornado. Chin said North Medford will still utilize a power ground attack, but many of the run plays will come from a spread formation. There should be plenty of room to run behind a veteran offensive line that is full of big, agile bodies.

6. Will SWC secondaries have a night off in conference play?

The answer is a resounding no. All five schools are stocked with receiving talent. Here are a couple names to watch for each team, and there are plenty more after this group: Grants Pass (Troy Osborne and Jackson Tunick), South Medford (Andrew Walker and Asher Johnson), Sheldon (Luke Leighton, Keegan Line), Roseburg (Landyn Dupper, Dawson Gillespie), North Medford (Bryce Dyer, AJ Pugliano).

7. Is Brock Thomas the next great Sheldon quarterback?

Sheldon has been a quarterback factory over the years, and Thomas is the heir to the throne. The 6-foot standout was a first-team all-SWC selection as a sophomore and made great strides in all areas of his game during the offseason. Line said Thomas reminds him of former Sheldon and Montana star Jordy Johnson, who is part of Line’s coaching staff.

8. Is Carson Joe one of the state’s most underrated players?

Joe put together an impressive junior season for South Medford, rushing for 371 yards on 56 carries and making first-team all-SWC. The 5-foot-10, 220-pound Joe is a versatile back who runs inside and outside, blocks and is adept at catching the ball out of the backfield. He is a matchup nightmare for opposing defenses. He also will play some linebacker as a senior. Expect Joe to be one of the SWC’s biggest stars this fall.

9. What is AJ Pugliano capable of?

Only a sophomore, Pugliano is an athletic specimen at 6-foot-4 and 220 pounds who is rated the nation’s No. 89 recruit for the class of 2024 by 247Sports. He earned an offer from Oregon after a strong freshman season and projects to be a dominant two-way player for the Black Tornado this fall. Pugliano is the complete package, and he’s only scratched the surface of his potential.

10. Is North Medford — or somebody else — ready to end the Portland area’s run of 6A supremacy?

Since Sheldon won the 2012 Class 6A state title, Central Catholic, Clackamas, Jesuit, Lake Oswego and West Linn have gobbled up the past seven trophies. Several northern schools will be strong again this fall, but the Black Tornado appear to have all the ingredients of a championship team. This might not be the year, but North Medford is on the rise and eager to secure the program’s first title since 1993.