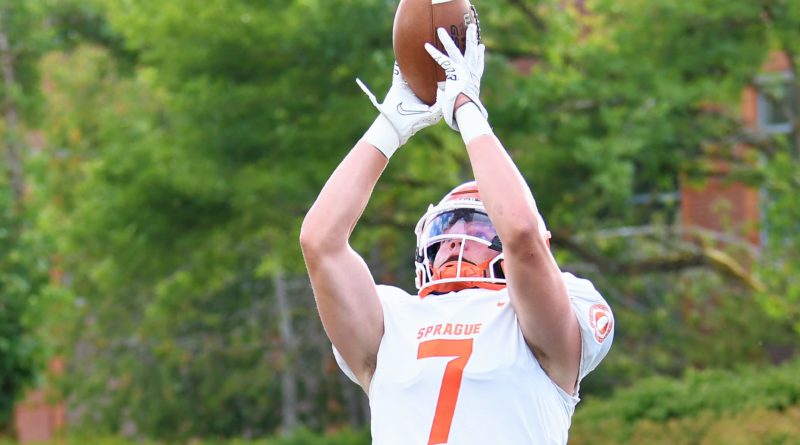 Here are 10 questions for the Class 6A Mountain Valley Conference entering the fall 2021 high school football season. At the bottom is Bob Lundeberg’s predicted order of finish.

Several teams have a realistic shot at finishing atop the conference standings. West Salem and Mountain View both went 6-0 during the spring season and have plenty of talent across the board. Sprague brings back even more players from a team that went 5-1 with a close loss to the Titans. McNary won back-to-back titles in 2018-19, and Summit might have its best roster since winning the 2015 Class 5A title. Expect a topsy-turvy season in the MVC.

2. How will Bend and Mountain View be impacted by a COVID shutdown?

On the first official day of practice, Bend and Mountain View were forced to halt football activities because of COVID outbreaks. Both programs returned to regular practice in late August, but the teams lost valuable camp time and were forced to pull out of jamborees. On the positive side, Bend and Mountain View should still be able to play in Week 1 and have a couple of tuneups before MVC play begins.

3. Will McNary finally have nonconference success?

During their MVC title seasons in 2018-19, the Celtics went a combined 8-0 in conference play and a staggering 0-12 against nonleague foes. McNary flipped the script during the spring with a 3-0 record out of conference, and head coach Jeff Auvinen is hopeful the trend will continue this season. It won’t be easy, though, as the Celtics take on playoff hopefuls South Medford, Newberg and Grants Pass before starting MVC play.

Ferguson transferred from Central after his sophomore season and spent the spring behind standout Jackson Lowery, who is now at Linfield. The 6-foot-6, 220-pound Ferguson has every tool in the book and several weapons to utilize in West Salem’s offense. The first-year starter projects to be one of the conference’s top players and could be an all-state candidate.

6. Can South Salem’s youth hold up?

With just 12 seniors on the roster, South Salem is one of the youngest teams in 6A. Head coach Scott Dufault said the program’s numbers are in good shape behind the seniors, but the Saxons could struggle against some of the MVC’s older teams. On the positive side, South Salem is set up for a big 2022 season.

The Storm went a combined 33-10 in their final four seasons in 5A, but wins have been harder to come by in 6A. Head coach Corben Hyatt implemented a new strength program two years ago, and the results are noticeable. Summit won three games during the spring season and was competitive in two of the losses. The program could be ready to take the next step this fall and challenge for a playoff spot — and potentially more.

8. How will Mountain View fare against the valley teams?

Head coach Brian Crum felt like the Cougars had an MVC championship-level roster a season ago. The team went 6-0 in matchups with Aloha, Ridgeview, Summit (twice) and Bend (twice) but didn’t get to test itself against the Salem schools. This season, the Cougars play host to Sprague in their conference opener and have road games at West Salem and McNary. They are excited to see how they stack up against the Salem-area powers.

9. What will be the effects of the MVC’s new schedule?

For the first time since the conference’s inception in 2018, every team in the MVC will play each other. The four-game conference schedule of the past was inherently unbalanced, and a few MVC teams had issues with finding nonconference opponents. MVC coaches seem excited about the new schedule, which will crown a true champion and allow rivalries to blossom. It’s a positive development for a league that has two clusters of teams separated by the Cascades.

10. Will any team from the MVC make a deep postseason run?

Since the beginning of the MVC, West Salem is the conference’s lone team with a playoff victory. That could change this fall as multiple MVC teams appear to have enough firepower to win a playoff game or two. The conference probably doesn’t have a state title contender, but the MVC should be quite strong overall with solid teams top to bottom.