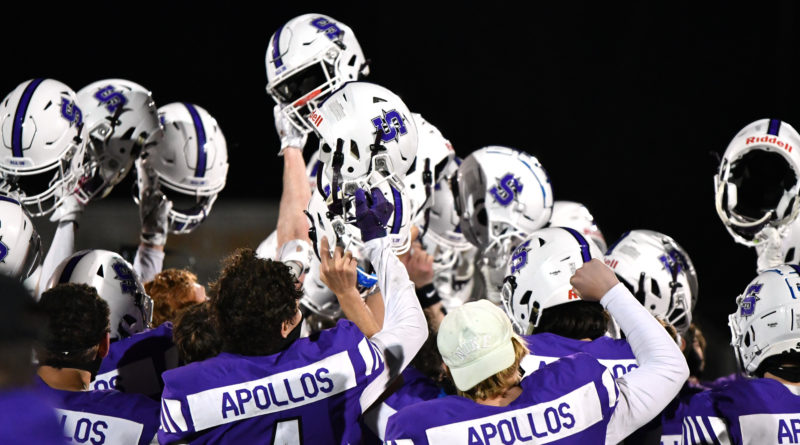 Here are 10 questions for the Class 6A Metro League entering the fall 2021 high school football season. At the bottom is René Ferrán’s predicted order of finish.

1. Who are the favorites for league offensive player of the year?

Darrius Clemons, WR, Westview: He’s one of the top recruits on the West Coast. If the Wildcats are to have the type of breakthrough season coach Ryan Atkinson expects, Clemons must play up to the hype.

Caleb Kim, RB, Sunset: The Apollos have several standouts among their skill position players, but Kim is a three-year starter and the engine that makes their offense go.

Brian Mannion, QB, Mountainside: Mannion exploded onto the scene midway through his sophomore season and is one of the top quarterback prospects in the Northwest.

2. Who are the favorites for league defensive player of the year?

Tyree Blake, LB, Jesuit: One of the breakthrough players for the Crusaders during the spring, Blake is poised to have a big senior season.

Padraig Owens, DL, Sunset: Owens led Sunset in tackles for loss and sacks during the spring and won the Lineman Challenge lightweight division in the summer, signaling wonderful things for his senior season.

Mataio Payne, LB, Aloha: Payne announced himself with his play as a sophomore during the spring, and a big-time performance in the fall would put him squarely in college recruiters’ sights.

3. Who are the best players in the league that casual fans might not have heard of … yet?

Nathan Aviles, WR/DB, Southridge: Aviles is a three-year starter at cornerback who made 37 tackles (most among returning Skyhawks) and broke up eight passes as a junior. He also became a dependable possession receiver.

Cristian Gonzalez, WR/DB, Beaverton: The three-year starter led the Beavers with 30 catches for 411 yards and three touchdowns last season and finished among the team leaders in tackles with 35. He should garner all-state attention as a senior.

Sean Khouri, OL, Jesuit: Want to know who could be the next Jesuit lineman to play at the FBS level? It could very well be Khouri, who started as a sophomore in the spring and drew exceedingly high marks.

4. Who is the player most likely to enjoy a breakthrough season?

Westview junior Kaden Huppin started two games for the Wildcats as a sophomore, catching three passes and making four tackles and an interception as he flashed the potential that has intrigued several Pac-12 schools. He should blossom playing alongside top recruit Darrius Clemons and catching passes from junior quarterback Sam Leavitt.

5. Which quarterback has the biggest shoes to fill?

Whoever wins a three-way battle at Sunset to replace Kyle Jaekel (1,172 yards, 67.2% completions, 16 touchdowns, 0 interceptions) will have a bright spotlight shining upon him. Senior Grady Newsom was Jaekel’s primary backup in the spring, but entering camp it was anyone’s race between Newsom, senior Jackson Knight and junior Jeff McMillan.

6. Which sophomore figures to make the biggest splash this season?

Jesuit WR/DB Jace Burton started in the secondary for a couple of games in the spring and flashed the potential to be a big-time playmaker on both sides of the ball. The son of former Portland State coach Nigel Burton impressed on the summer recruiting circuit and has lockdown potential at cornerback.

7. What player finally turns potential into results this season?

We thought Keenan Speer-Johnson would have a breakthrough season at Tigard in the spring after returning from a wrist injury that derailed his sophomore campaign, but it didn’t materialize. He transferred over the summer to Mountainside, where he’s formed an instant connection with senior quarterback Brian Mannion. If that connection turns into production similar to what Andrew Simpson put up the past two years with Mannion, Speer-Johnson will provide a major boost to the Mavericks offense.

Westview has lost 25 in a row to the Crusaders and is 1-27 all-time, with its victory coming in 1996. This season, the Wildcats have one of the West Coast’s best senior recruits (WR Darrius Clemons) as well as a top quarterback in junior Sam Leavitt and senior running back Aaron Jones. The teams meet in Week 4 at Jesuit, with the Crusaders coming off a grueling three-game opening stretch — West Linn, Tigard and Camas. The Wildcats catch them at the right time. Everything sets up for them to snap the streak. If not this year, then when?

9. How much of an impact does Aloha’s coaching change have?

Not as much as you might think, but only because new coach James Mitcham doesn’t plan to make a lot of changes after working under Bill Volk the past eight years. Both emphasize FAMILY in building the program, and with the Warriors posting back-to-back winning seasons for the first time since 2009-10, there’s not much reason to reinvent the wheel.

10. How many playoff teams come out of the Metro League?

Conservatively, the Metro should get at least five teams in the 32-team state bracket. Sunset, Jesuit and Mountainside should grab the automatic slots as top-three finishers, while Westview and Aloha look like safe bets to make the field as at-large teams. Beaverton, our pick to finish sixth in the league, has a schedule that could allow it to get the rankings points necessary to sneak into the field, with home games against Glencoe and Grants Pass critical to its chances. Southridge’s nonleague slate likely won’t help its chances, so the Skyhawks will need to pull an upset or two in Metro play to qualify.