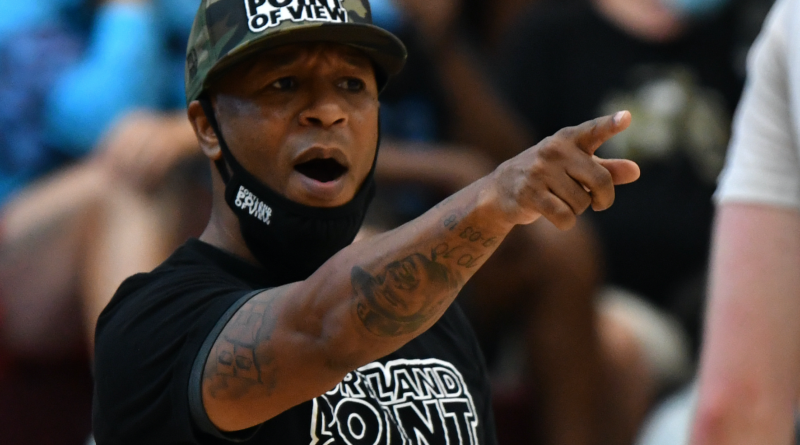 Every year since 2015, Jefferson boys basketball coach Pat Strickland sat down to assess the recently completed season and contemplated whether to retire.

On Monday, Strickland announced that he had finally pulled the trigger, ending a career that saw him win 274 games and five state championships at the North Portland school.

“I’ve been kicking the can down the road,” said Strickland, who made the decision official Friday. “Ever since 2015, it’s been year to year, and this year is the year.”

Since he made his retirement public in a statement to Prep Hoops Oregon, Strickland said his phone has been blowing up with calls and texts from friends and family wishing him well and acknowledging the success of a Jefferson program he took over in 2008.

But after that 2015 season that ended with a double-overtime loss to South Eugene in the second round of the playoffs — the last time the Democrats failed to qualify for the state tournament — he started to give retirement some thought.

“The last several years, I’ve been getting burned out,” Strickland said. “I figured I’m 50 years old, and I want to start relaxing a little bit.

“It was an epic run, and I’ve appreciated every year, every moment.”

In his retirement statement, Strickland thanked the school administration, student-athletes, teachers and coaches, as well as the PIL athletic department and league athletic director Marshall Haskins, whom Strickland replaced as Democrats coach after the 2007-08 season.

“Marshall mentored me, even before Jefferson, just growing up in North and Northeast Portland,” Strickland said. “To be under his basketball tutelage, to learn how to do things the right way, was very instrumental to my career. I believe some of his success rubbed off on me.”

He concluded his statement with, “Last, but not least, I want to thank my family for being by my side every step of the way throughout this amazing experience. It has truly been legendary!”

Strickland’s final team went 14-3 during the six-week spring season, finishing with a title in the Blue Bracket of the Portland-area culminating-week tournament. It also marked the final game for two of Oregon’s best players, junior Marquis “Mookie” Cook and senior Lamar Washington, who both transferred to AZ Compass Prep in Chandler, Ariz., during the summer.

Strickland said their departure didn’t influence his decision to retire, even though he knows that “it’s a not-so-perfect storm that they left, and I left. It just happened that way. They are two outstanding kids, Mookie and Lamar, and big things, great things, are going to happen for them.”

Strickland played with former NBA Rookie of the Year Damon Stoudamire on Wells’ (formerly Wilson) 1989 state championship team, then played at Chemeketa for two years and Oregon State for two seasons. He began his coaching career as an assistant at Benson for three seasons before joining Haskins’ staff at Jefferson, serving as an assistant for 10 years before Haskins left to take a vice principal position at Wells in the summer of 2008.

Strickland, a 27-year veteran of the Oregon Department of Human Services’ Child Protective Services division, already has his winter plans figured out. He will go to a couple of NFL games, then travel with his wife, Sonya, to follow his beloved Boston Celtics around the country.

He’ll also spend time with his four children and his grandsons, finally getting to relax after more than two decades spent on the sidelines.

“I don’t feel like I will come back to coach high school basketball again,” Strickland said. “I feel like this is the end.”