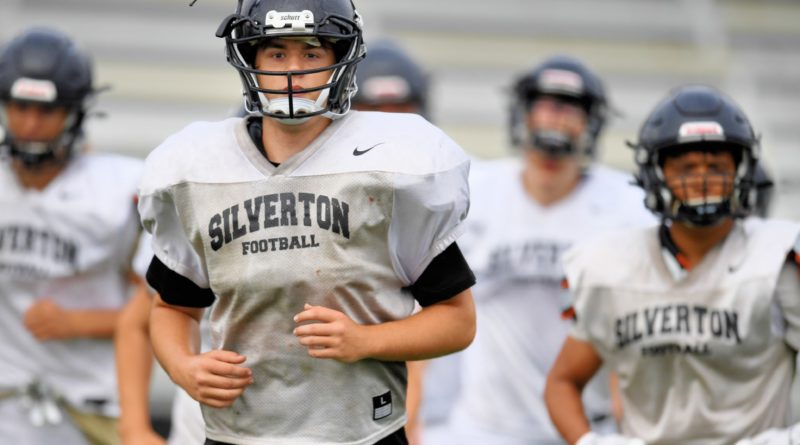 Here are 10 questions for the Class 5A Mid-Willamette Conference entering the fall 2021 high school football season. At the bottom is Bob Lundeberg’s predicted order of finish.

1. Will Jordan McCarty end the season as the state’s top quarterback prospect?

McCarty’s athletic abilities are unassailable. A star point guard and quarterback for Silverton, the 6-foot-1, 185-pound McCarty enters his senior season as the state’s No. 22 recruit in 247Sports’ class of 2022 rankings. The three-star prospect checks in as the third-best QB recruit behind Tualatin’s Jackson Jones and Mountainside’s Brian Mannion. With a big senior season, McCarty could vault up the rankings and attract a few major offers.

2. Could Corvallis be the surprise of not just the MWC, but the 5A classification?

Corvallis graduate Chris McGowan led his alma mater to the 2006 Class 5A state title early in his tenure, but the Spartans have been in a bit of a rut the past few seasons. Corvallis hasn’t won a playoff game since a surprise quarterfinal run in 2014, but the team put together a strong spring season with just four seniors on the roster. Quarterback Carter Steeves and receiver/defensive back Carson Wright are just two of the standout returners. The Spartans are particularly deep on both lines, which is usually a recipe for success.

3. How dominant can West Albany be in the trenches?

West Albany, which had a state championship-caliber roster a season ago, also returns a deep group of versatile linemen. The Bulldogs have graduated several star players the past two years, but the team has the goods up front to compete with everyone on its schedule. Head coach Brian Mehl is especially excited about senior two-way linemen Chase Barnes, Carson Benedict, Spencer Heading and Dakota Monson.

4. Does Dallas have three potential conference player of the year candidates?

There is little doubt that quarterback Ashton Foster, running back/defensive back Logan Person and two-way lineman Justin Parnell are three of the top returning players in the conference. All three had dominant spring seasons and are receiving heavy recruiting interest entering the fall. If the Dragons do something special this season, it will likely be on the backs of their three senior standouts.

5. How will new head coaches Andrew McClave and Troy Walker adjust to life in the MWC?

Crescent Valley (McClave) and Lebanon (Walker) have new leadership entering the fall season. McClave coached under Mike Riley at Oregon State and in the NFL, but the former UCLA linebacker is a newcomer to the high school landscape. Walker, a 1988 Lebanon graduate, is a first-time head coach who spent the past 16 years as an assistant at North Salem. Crescent Valley and Lebanon both have experienced great success in the MWC, but the new coaches will have their hands full in what is often Class 5A’s toughest conference top to bottom.

6. Will Central’s youth movement pay off?

The Panthers have nine juniors who started during the spring and took their lumps against some of the conference’s top teams. Quarterback Chase Nelson and running back/defensive back Kohler Hernandez are two of the talented juniors who are hoping to get Central back to the playoff picture following consecutive losing seasons. A Week 3 matchup with Lebanon — the MWC opener for both teams — could be critical for playoff positioning.

7. How will South Albany make it work with co-head coaches?

After spending a year away from the program, David Younger is back as a co-head coach at South Albany. Younger will handle the offense while Jeff Louber, a longtime assistant who was the head coach last season, runs the defense. The RedHawks have struggled since winning MWC titles in 2015 and 2017. Louber and Younger are hopeful that the unusual coaching arrangement will get the program back to the top of the conference standings.

8. Can Dallas continue its ascent?

The Dragons went 2-7 in Andy Jackson’s first season at the helm. The record improved to 6-4 in 2019 and 5-1 last spring, including a 4-0 mark against MWC teams. Dallas lost several key seniors to graduation, but Jackson believes a culture of playing hard and toughness can keep the program on the rise.

9. Will the league title race come down to the Week 8 game between West Albany and Silverton?

The two powers faced off in the final game of the 2018 and 2019 regular seasons with the conference title on the line. Silverton won in 2018 to force a shared title, and the Bulldogs prevailed the following year to cap an undefeated conference season. Last spring’s anticipated showdown was a COVID casualty, but the teams will meet again Oct. 22 in Silverton. It’s hard to imagine a scenario in which conference title implications aren’t on the line in Week 8.

10. Can the Foxes end their 30-year title drought?

Silverton, a three-time state runner-up, won its lone state title in 1991. The Foxes have been close in recent years — including a second-place finish in 2014 — but have been unable to get over the hump. Could 2021 finally be the year of the Foxes? We will find out in a few months.