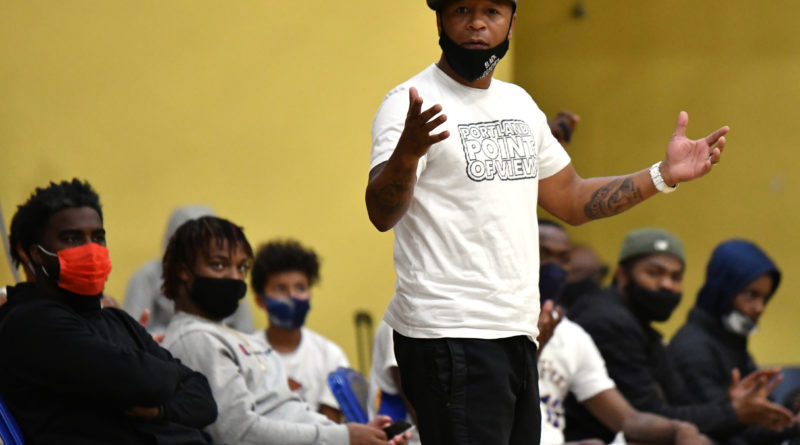 Longtime Jefferson boys basketball coach Pat Strickland announced Monday that he is stepping down after 13 seasons with the program.

In a statement, he thanked the school administration, student-athletes, teachers and coaches, as well as the PIL athletic department and league athletic director Marshall Haskins, whom Strickland replaced as Democrats coach after the 2007-08 season.

He concluded the statement with, “Last, but not least, I want to thank my family for being by my side every step of the way throughout this amazing experience. It has truly been legendary!”

Strickland played with former NBA Rookie of the Year Damon Stoudamire on Wells’ (formerly Wilson) 1989 state championship team, then played at Chemeketa for two years and Oregon State for two seasons. He began his coaching career as an assistant at Benson for three seasons before joining Haskins’ staff at Jefferson, serving as an assistant for 10 years before Haskins left to take a vice principal position at Wells in the summer of 2008.

Pat Strickland, who led Jefferson to 5 state titles, says his coaching career is finished: ‘It was an epic run, and I’ve appreciated every year, every moment’