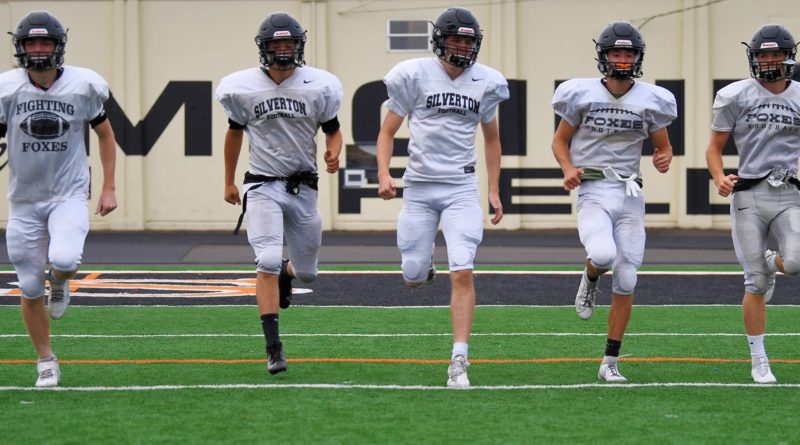 SBLive Oregon will break down every 6A, 5A and 4A team in the state leading up to the 2021 fall football season. Here’s our look at the Silverton Foxes of the Class 5A Mid-Willamette Conference.

One of the state’s top quarterbacks, McCarty is rated a three-star recruit by 247Sports. McCarty, also a star basketball player for the Foxes, worked on his throwing mechanics during the offseason, Craig said. The improvement has been noticeable. “He is understanding the game more, and his accuracy and reads are better,” Craig added. “He is handling the game a lot more smoothly now, rather than just going off his athleticism.”

Ratliff was limited to one game last season because of an ankle injury, but the explosive two-way standout is primed for a big senior season. The 6-foot-2 Ratliff checks in as 247Sports’ 44th-best recruit in Oregon for the class of 2022. “He’s had a great summer,” Craig said. “Austin is a big kid who can move, and he is so competitive. He does not like coming off the field, and he’s got good energy. He’s one of those guys who is a worker, a grinder, but he also knows how to have fun.”

The 6-foot-3, 280-pound Schaffers has started at right tackle since his sophomore season. Craig said Schaffers also will be a key piece of the defensive line rotation. “He has really good foot speed for his size; he’s very light on his feet,” Craig said. “His pad level has also improved a lot.”

Fessler is a returning starter who will help the Foxes on both sides of the ball. “Van is super knowledgeable about the game and is an incredible route runner,” Craig said. “He is also tough and super quick.”

Willis is a three-year starter on the defensive line who can play in the interior and on the edge. “He’s very versatile,” Craig said. “Sam is a strong kid and he gets into your pads quickly.”

A junior varsity player last season, Riches impressed the coaching staff over the summer and likely will have a major role on the defensive line. “Zane is very strong and super aggressive,” Craig said. “He’s inexperienced at the varsity level, but he’s worked his tail off.”

Toland and Walter excelled as first-year linebacker starters last spring. Craig expects the seniors to be in the running back rotation as well this season. “They are a couple of the strongest kids on the team and are two of the hardest workers I’ve coached,” Craig said.

Silverton, one of 5A’s most consistent contenders over the past decade-plus, is once again stocked with high-end talent up and down its roster. Craig said this season’s team is blessed with exceptional senior leadership.

“It’s a really focused group,” Craig said. “In terms of quality and character, it’s one of the best I’ve ever coached. Hats off to the seniors — they are working as hard as ever and have very high goals for themselves.”

One of the seniors is McCarty, a dynamic 6-foot-1 athlete who can do it all on the football field. Craig said McCarty could play multiple positions at the next level. The star quarterback will be surrounded by several weapons and a sturdy offensive line led by Schaffers, a veteran tackle.

“Our main thing is figuring out who some of our starters are going to be, because we have a lot of guys who could be starters at a lot of positions,” Craig said. “We want to build depth, because you can’t just have 11 guys. We need to make sure the ones, twos and threes all know what’s going on.”

Silverton appears to have all the necessary pieces to win its first Mid-Willamette Conference championship since 2018 and embark on another deep postseason run. The Foxes made the 2019 state semifinals and have notched three quarterfinal appearances under Craig.

The program’s lone state title came in 1991, and these Foxes are striving to bring another trophy back to Silverton.

“Our goal is to always win the league; that never changes,” Craig said. “We have some really good teams in our league. West Albany will be tough, Dallas is improving, and Lebanon is always a bunch of scrappy kids. …

“We had a two-week period in the middle of summer where we had to re-set expectations, not only to rest but because COVID erased our usual routine of how things are done at Silverton. We really picked it up the last couple weeks (of July) and got back to what Silverton football is all about.” — Josh Craig