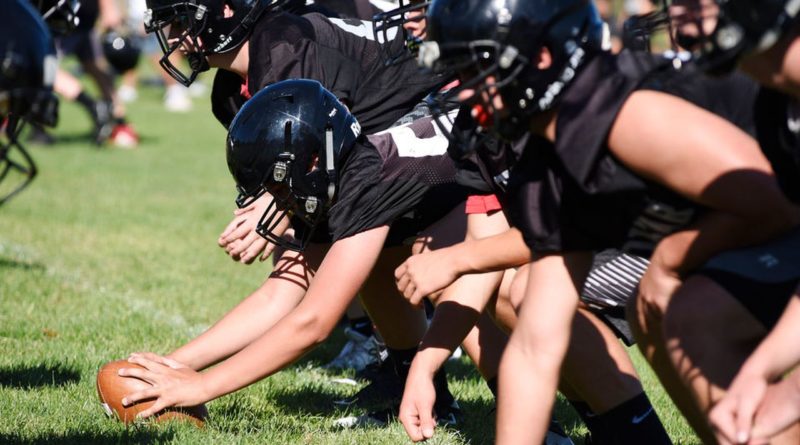 SBLive Oregon will break down every 6A, 5A and 4A team in the state leading up to the 2021 fall football season. Here’s our look at the Mountain View Cougars of the Class 6A Mountain Valley Conference.

Moss, an all-city quarterback last season, is entering his third season as a starter. Crum said Moss might be the best quarterback he’s had in 25 years of coaching. “He doesn’t have the amazing measurables or a super powerful arm, but there are so many things about the intangibles of playing quarterback, and he checks every single one of those boxes,” Crum said. “He’s smart, he’s knowledgeable about the game, what defenses are doing and what we want to do on offense. He is able to react without having to overthink. … Jakoby is just wired different.”

Younger brother of former Mountain View star running back Jonas Larson, Sam Larson is an imposing 6-foot-3, 225-pound two-way standout who was an all-city selection on offense as a junior. Crum said Larson already looks like a college football player. “He has really filled out physically and is having fun out there, running around,” Crum said. “He is a weapon for us on offense, and defensively he has a nose for the football.”

Ludwig started at rover as a junior and gave the Cougars another look at tight end. He also is a standout lacrosse player. “He gives us some experience and some of those things that we need at the line of scrimmage,” Crum said. “He’s going to play defense for us first, and he has a really good nose for the ball. He’s fast and is not afraid to come down and fill.”

Birchem was a two-way starter last season and will continue to be a key piece of both lines. At 5-foot-10 and 225 pounds, Birchem uses leverage and his intelligence to win battles. “He is a road grader on offense and the anchor of our defensive line from the three technique,” Crum said. “He is a guy who is never too high, never too low, and really understands our system and what our program is all about.”

Williamson backed up star tailback Luke Roberts last season, but the talented runner still received plenty of carries. He is a slasher with the ability to rip off big plays. “Sayre is another kid who has worked really hard and done his training,” Crum said. “He is all football, all the time. A great wrestler, too, but you can tell football is really important to him. You will see him carry the rock a lot, and I know he’s ready for that.”

A true program kid, Schulz’s two older brothers also played at Mountain View. His dad, Mark Schulz, is on the coaching staff. “Job is such a Mountain View kid,” Crum said. “He has been around the stadium since he could walk. He’s just comfortable in what we do and is not afraid to be coached. He played almost all JV last year, but he knows this is his senior year and his last chance to get out there with his friends.”

After two mediocre seasons at the 6A level, Mountain View put itself on the map last spring. The Cougars were one of four 6A programs to win all six of their spring contents, joining Sunset, West Linn and West Salem.

“I thought we got as much out of last year as we possibly could,” said Crum, who led Mountain View to the 5A state semifinals in 2017. “We persevered through a lot of stuff and had a group of seniors who were committed. We know we didn’t get to play the valley teams, but (going 6-0) was something for that group of kids to feel proud of.”

The Cougars will have to face powerhouses McNary, Sprague and West Salem this season, and Crum believes the team can be competitive with the Mountain Valley’s best. Having Moss back under center will help the team make up for a lack of size and experience.

“Jakoby played as a junior in the Les Schwab Bowl; I coached in that game and he totally belonged,” Crum said. “He stood out for his leadership and his moxie. He just has this nature about him where people want to follow him. He really motivates his teammates, and he’s tough.”

Crum said the Cougars could start four or five sophomores on both sides of the ball, “but we’re really good at the spots you need to be good at,” he added. The team does have a few experienced linemen, and Williamson is set up to be the next great Cougars running back.

“We will see how that’s all going to come together,” Crum said. “I am very confident that our kids really get along well; I think we saw that synergy at the start of camp. It was really neat, and I had my pulse on that.”

With a strong senior class a season ago, Crum felt Mountain View could have competed for the league title during a normal year. The team might take a small step back this fall, but a playoff berth still could be in the cards.

“We are the smallest population school in 6A at just over 1,200. So, when we go over and play a Sprague or West Salem, we are probably 600 kids shorter, and that’s two full classes for us. But our kids are used to that and they’re not intimated.” — Brian Crum