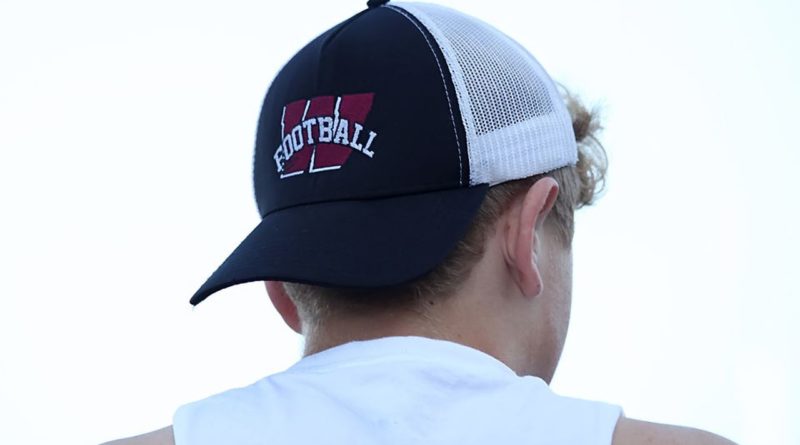 SBLive Oregon will break down every 6A, 5A and 4A team in the state leading up to the 2021 fall football season. Here’s our look at the Willamette Wolverines of the Class 5A Midwestern League.

In the spring season, Bushnell was one of the most productive receivers in 5A. He caught 47 passes for 586 yards, and his seven touchdown catches were the second-most in the state. He’s one of the top returning players in the Midwestern League and could be an absolute force for the Wolverines during a full season. On defense, he’ll serve as a hybrid outside linebacker and safety. “He’s one of our best athletes,” Leonard said. “He’s very instinctual and he’s just a baller. He just finds a way to get things done. Really excited to see what he can do.”

McGarth will anchor Willamette’s offensive line and figures to be a dominant player on defense. He will play guard and defensive tackle, and he is ultra-athletic at 6-foot-2, 280 pounds. “He just drive-blocks really well,” Leonard said. “He’s got good feet. He’s one of those kids who is really knowledgeable and picks up things really, really quick.”

The Wolverines have the difficult task of replacing Dane Woodcook, who was one of the most productive quarterbacks in the state in the spring. They have three talented candidates duking it out for the starting job in Prescott, Bongcayao and Shoop. Leonard describes Prescott as a savvy quarterback with a good arm. Bongcayao is an extremely athletic player who also will play outside linebacker. Shoop is a pocket passer with a lively arm. If Prescott or Shoop wins the starting job, Bongcayao still could line up in some Wildcat packages to utilize his athleticism. Bushnell could play some Wildcat quarterback, too.

Richards is another athletic, versatile athlete with whom opposing defenses will have to contend. The combination of Richards and Bushnell will be a difficult one for defensive backs to handle. On defense, Richards will play cornerback and safety.

Leonard describes Yarno as “a worker.” That’s a good trait to have, and it’s even better when you’re 6-6 and athletic, like Yarno. He’ll be an obvious asset for Willamette in the passing game, and he’s also a speedy, bendy edge rusher who will wreak havoc on defense.

Bryce Indell was very productive at running back for the Wolverines last season, but he has transferred to Thurston. To replace him, Willamette will lean on a couple of ball carriers. Derrickson is a speedy back who is really good at making defenders miss. “He’s a one-cut, get-money type of guy,” Leonard said. McAllister is a similar type of back. The two should have plenty of open holes to run through behind a solid offensive line.

The Wolverines had a stellar defense last season that held opponents to single-digit points in two of four league games. They will hope for a similar showing this season, and one player at the heart of that effort will be Ford. “He’s a run-filler,” Leonard said. “He’s a plugger for us and is just a really, really good tackler.”

Leonard, who served as head coach at South Eugene from 2014-18 and worked as an assistant at Churchill two seasons ago, doesn’t necessarily like using wins and losses as a measuring stick for team success. A football season can be a haphazard, unpredictable event — and never more so than in 2021, with the pandemic still affecting things.

But the coach knows how talented of a team he has now. Willamette came within a win of a league title last spring — and did so with just four seniors on the roster.

The Wolverines will need to find a way to replace Woodcook and Indell, which won’t be easy, but they have one of the best players in the state in Bushnell and a talented, experienced group surrounding him.

“As a coaching staff, we’ve tried to do a really good job of making sure every player feels valued — like every player has something they can contribute,” Leonard said. “We have a family mentality. The kids have really bought into that philosophy, and we just want to do the little things right. We want to be disciplined.”

Leonard said he wants Willamette to be a power running team. He believes he has the personnel that can thrive in such a system.

“We have some good, quality linemen who can drive-block really well,” Leonard said.

It will be difficult for any team to race down Thurston for the Midwestern title, but the Wolverines have more than enough returning talent to put themselves in contention for a playoff spot.