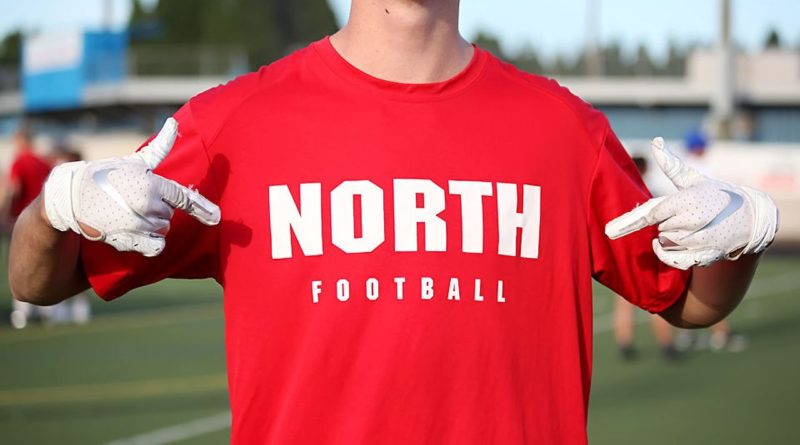 SBLive Oregon will break down every 6A, 5A and 4A team in the state leading up to the 2021 fall football season. Here’s our look at the North Eugene Highlanders of the Class 4A Sky Em League.

Wyers was a North Eugene co-MVP last season and a major difference-maker on both sides of the ball. He had 26 receptions for 400 yards, ranking among the top 10 in 4A in both categories. An ultra-speedy, athletic pass-catcher, he placed third in the 100-meter dash at the 5A state meet in the spring. “Throughout all of last season, teams threw at Nolan maybe 15 times,” Raish said. “He’s a lockdown corner and a really good kid. He’s being recruited really heavily by Southern Oregon and has gotten some looks from Montana.”

The Highlanders will have one of the most intriguing quarterback battles in the state taking place this season. Johannsen served as backup to A.J. Anderson last season and pushed the former North Eugene signal-caller hard in camp for the starting job. At 6-foot-8, Johannsen has tremendous field vision and a stellar arm. He’s getting Division I looks as a kicker and punter. “Cade can really throw it,” Raish said. “He’s got a really good arm and he’s got the vision. He’s athletic and he’s getting some serious looks from schools on special teams.”

The younger brother of last season’s starting quarterback, Devon Anderson is a super athletic, versatile player who will help the Highlanders in a number of ways. He will compete with Johannsen for the starting quarterback job and will add a layer to the team’s running game if he wins. As a sophomore, he occasionally operated out of the Wildcat formation. He could be a weapon at running back if Johannsen wins the job. He also might start at cornerback. “He can do everything,” Raish said. “He’s one of those gifted types of guys who can pick up a bowling ball and bowl a 200 out of nowhere. He can run, throw and is very mobile.”

Puha is one of two stellar North Eugene linebackers returning this season. As a junior, he locked down the middle of the Highlanders’ 3-4 defense and earned second-team all-league honors. “Zion has been going to those riser camps,” Raish said. “He’s just a really good football player. He transferred from Hawaii last year and came to us and we were really lucky to get him. He’s a really good athlete and can hit like a truck.”

Warren partnered with Puha to form one of the most formidable linebacker duos in the state last season. He also was second-team all-league as a junior, racking up 37 tackles and six tackles for loss. “Mike is a little quicker and a really good blitzer,” Raish said. “They’re really good together and play off of each other. They’re really good friends.”

The abbreviated spring season was a tremendous step in the right direction for the Highlanders. Now, they’re hungry for more.

“We want to make the playoffs,” Raish said. “I think we have a team that can make a run at it. It’s not going to be easy at all. But I think that’s what we would deem a successful season — making the playoffs.”

North Eugene has loads of talent on both sides of the ball. Raish and his staff will have the luxury of choosing between two stellar quarterbacks in Johannsen and Anderson. The player who does not win that battle still will be able to help the team in a number of ways, and Raish hasn’t ruled out going with a dual-QB system where he could take advantage of each player’s unique skill set.

“We would like to have one guy at quarterback,” Raish said. “But Devon can run really well, and Cade can throw really well. It’s sort of a champagne problem — a good problem to have.”

Whoever is behind center will have a solid offensive line protecting him and plenty of talented skill position players to distribute the ball to.

Raish acknowledges that chasing down Marist Catholic or Marshfield will be a difficult task, but he believes his team has the talent to make a legitimate push for the postseason, and he said the Highlanders’ improvement on special teams could go a long way toward helping them close the gap.

“We want to compete, which we will do. We want to win ballgames. If you ask our senior class, of course they believe we can win the Super Bowl. We would like to make the playoffs, and I think we have a group of guys who can do that.” — Rick Raish