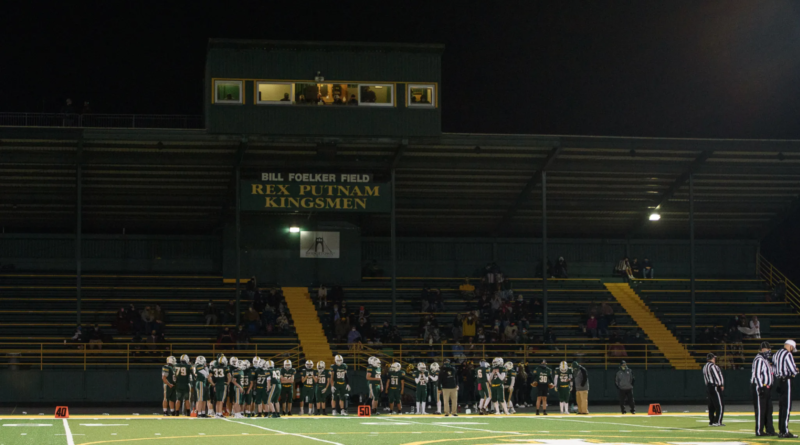 SBLive Oregon will break down every 6A, 5A and 4A team in the state leading up to the 2021 fall football season. Here’s our look at the Putnam Kingsmen of the Class 5A Northwest Oregon Conference East Division.

Wright and Sayre have started on the offensive line since they were sophomores. Wright was a second-team all-Northwest Oregon Conference East offensive tackle in the spring, and Sayre earned honorable mention on the defensive line. They have invested in preparing for big senior seasons for the Kingsmen of Milwaukie. “The second we were able to get back into the weight room,” Jacobs said, “they’ve been weight room junkies and have put in a lot of time. I’m expecting big things from both of those guys up front this fall.”

After playing quarterback in the spring, Brown (6-feet-2, 205 pounds) will move back to tight end. He was Putnam’s leading tackler last season and was voted second-team all-NWOC East at linebacker, where he is a third-year starter. “We expect him to be the heart and soul of our defense,” Jacobs said.

Jacobs said Barton and Heslen pack a punch as ball carriers. “They’re both really physical runners,” Jacobs said. “They are not the sort of guys that arm tackles bring down. We’re excited about what they bring to the table as far as getting some hard yards and having enough speed to make something big happen.” Barton received all-NWOC East honorable mention at running back last season. Both will start on defense as well.

Crowe, second-team all-NWOC East at safety in the spring, has kept his motor running since the end of his junior season. “He’s another of the guys that, since the end of the spring season, once we were able to get in the weight room, he didn’t miss a workout,” Jacobs said. “He’s really invested. He’s had a lot of success in our 7-on-7 matchups we had this summer.”

Putnam is seeing positive signs throughout its program heading to the fall 2021 season: experienced returners are up compared with recent seasons, numbers are up (reaching to youth programs), and expectations are up.

“We have the most returning experience that we’ve had while I’ve been at Putnam,” eighth-year coach Tim Jacobs said. “We had to go a little bit young at some spots this past spring, but hopefully, with some of those guys being juniors in the fall, that pays dividends for us.”

And, Jacobs added, “Because we have that experience, we can focus on breeding competition and doing some of those things that help make a program better, instead of just trying to figure out who we’re going to put on the field.”

With Brown moving back to tight end, junior Konnor Bickford is targeted to start at quarterback. Bickford is a three-sport athlete (also basketball and baseball) whose development at quarterback is facilitating Brown’s move out from under center.

Some of the team’s seniors, Jacobs said, are articulating heightened goals and talking about expecting to win.

“That sort of leadership goes a long way,” Jacobs said. “With the experience that we have, we’re going to have a fighting chance at reaching some of those goals that the kids have.”

“I look at our league, and there are a lot of good football teams and a lot of good football coaches,” Jacobs said. “For the first time in a while, our numbers in our senior and junior classes are similar to some of those other teams. It’s exciting for us, those numbers being back where you go, ‘Oh, we’re the same as they are.’ That’s a real positive. Even the kids recognize that. It’s definitely giving them some confidence and belief.’

“Our numbers are really good, our youth numbers are good,” Jacobs said. “It’s really exciting to see the numbers increase when you see some communities around us who aren’t having that. Hopefully, we can keep building on that and build some success in the win column.”

“We’re no different from a lot of teams that are trying to regroup after the COVID experience last spring and trying to provide a positive experience for kids who are coming out of this really weird 18 months.” — Tim Jacobs