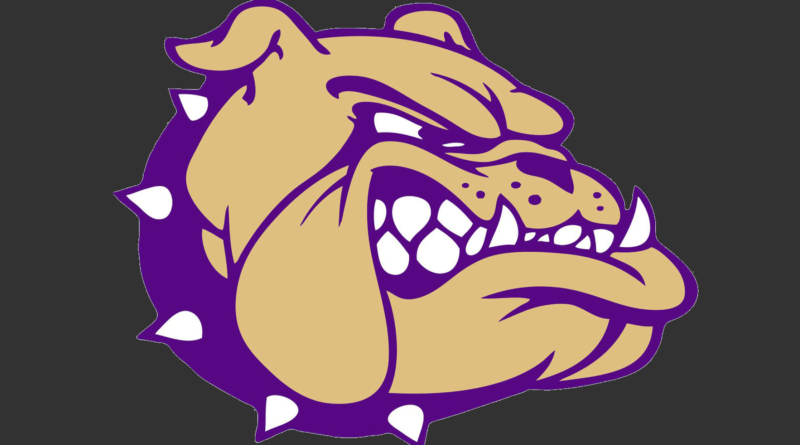 SBLive Oregon will break down every 6A, 5A and 4A team in the state leading up to the 2021 fall football season. Here’s our look at the Baker Bulldogs of the Class 4A/3A Greater Oregon League.

Bloomer was one of the top running backs in 4A during the spring season, rushing for 682 yards and two touchdowns on 116 carries. Ramos called him “a gritty downhill runner and savvy linebacker, a workhorse who will get the bulk of our carries and be a major component of our offense.”

When incumbent starter Kaden Myer went down with an injury playing defense in Baker’s spring opener, the Bulldogs turned to a senior (Gabe Gambleton) and a precocious freshman to take over at quarterback. Hobson had a rough first go under the Friday night lights, throwing seven interceptions and just two touchdowns while going 22 of 45 for 295 yards, but he’ll be the undisputed No. 1 this season. “We’re looking for growth and maturity from Paul this year as we work through our youthfulness,” Ramos said. “He’s athletic and has a good arm and good football IQ.”

Spike came on as a freshman and finished third on the team in receiving (first among returners) with nine catches for 100 yards and a touchdown. He had two interceptions and four tackles as a ballhawking safety. “He’s athletic and rangy with great hands and is mentally tough,” Ramos said. “He will be a main target on offense.”

Ramos hasn’t figured out where Gauge’s younger brother is going to slot in on offense, whether at receiver, running back or even quarterback. Ramos just knows he has to find a spot for him somewhere on the field. He’s also moving Bloomer to safety this season. “Just a hardworking athlete, rangy and gritty,” Ramos said.

Freeman will step into a starting linebacker spot and get time at receiver and running back, where he had six carries for 36 yards and a touchdown in the spring. “He’s a quick, shifty runner with good vision,” Ramos said.

Ritter can play anywhere on the offensive line but will start at a tackle spot this season. He played in three games on the defensive line in the spring, finishing with two tackles and a fumble recovery. “He’s a hard worker with great feet and a solid defensive technician,” Ramos said.

Martin transferred to Baker last summer and became a starter right away, showing tremendous growth as a lineman. “We’re counting on Jaden to have a big impact on both sides of the ball this year,” Ramos said.

Powell has improved as a blocker during the offseason and figures to be a top target in the passing game. He also will take over at one of the starting linebacker openings. “Tate got valuable experience last year and is a rangy and athletic player,” Ramos said.

Shaw moves into a couple of new positions this season, taking over at center on offense and going from linebacker to the defensive line. “He’s very consistent, smart and a hard worker who loves football,” Ramos said.

Clark might be undersized for a lineman, but Ramos loves his grittiness and aggressive nature on both front lines.

The Bulldogs had a senior-laden squad that went through an up-and-down spring season, with injuries to Myer and lineman Jake Wright throwing them for a loop early. They bounced back to win three of their final four games, ending on a high note by beating rival La Grande for the first time since 2013.

“Playing our full schedule of games was really important for our senior class, and the win over La Grande was a great way to send them out,” Ramos said. “We will continue to emphasize not taking anything for granted.”

The injuries did allow Ramos to take a long look at some youngsters who were going to fill bigger roles this fall regardless. One of them is Hobson, who struggled at times as a freshman but showed flashes of the physical skills needed to be a dynamic quarterback in Ramos’ system.

“We are counting on Paul to improve his decision-making, leadership and maturity moving forward,” Ramos said. “All of our young but talented athletes will be navigating this process.”

Baker will be young in the receiving corps, with three sophomores — Spike, Dash Bloomer and Malaki Myer (5-9, 150) — leading the way. Freeman and Gauge Bloomer make up an experienced backfield to start beside Hobson.

The offensive line returns two starters in Ritter and Martin, and Ramos is confident Clark and Shaw can handle starting roles while the staff sorts through a group of four younger linemen to fill the final slot.

“Our coaches do a great job of developing players,” Ramos said. “Clark and Shaw are ready for varsity football, and we have a good group of younger linemen that will step up this fall.”

Many of those same names also will feature on defense. Two newcomers Ramos hopes will have an impact are sophomore defensive back Kayden Garvin (5-7, 150) and junior linebacker Dom Myers (5-11, 170), who opted out of the spring season but was a JV standout as a freshman.

The Bulldogs open with games against Cascade, which won the Oregon West championship in 2019, and Idaho 3A power Homedale, which won the Snake River League title last fall and reached the state final in 2018 and 2019. Survive that gauntlet, and they’ll have six more games to prepare for La Grande and the game that likely will decide the GOL championship.

“Realistically, we want to make another run at a league title. We have a really challenging preseason schedule, so we hope to emerge from those first three games relatively healthy. We will certainly learn a lot and improve over the course of those early games. We need our offensive line to come together as a unit, and we need our young skill players to take that next step in their progression.” — Jason Ramos