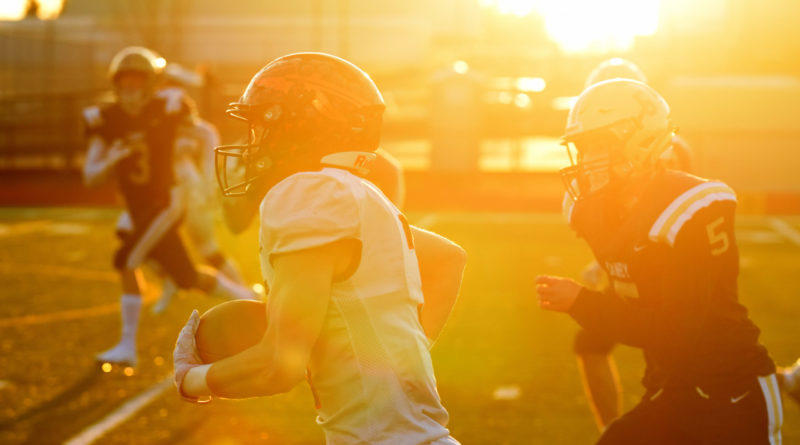 SBLive Oregon will break down every 6A, 5A and 4A team in the state leading up to the 2021 fall football season. Here’s our look at Scappoose of the Class 5A Northwest Oregon Conference West Division.

McNabb, son of coach Sean McNabb, enters his second season as the full-time starter after getting significant time as a sophomore and even some varsity action as a freshman. The 6-foot-3, 190-pound McNabb was third in Class 5A in the spring with 1,226 passing yards, completing 67 percent of his passes for 15 touchdowns against three interceptions. “He’s worked really hard (during the pandemic); he’s an athletic kid,” Sean McNabb said. And, having been around older brothers who have been through the program and around his dad as he watched game footage, the senior has a good grasp of the team’s offense.

Starting at strong safety as a sophomore in the spring, Dieringer (6-1, 185 pounds) made a huge impact. He led the team in total tackles (48) and forced fumbles, tied for the lead in sacks and was second on the team in tackles for loss. “Having your leading tackler back, one of your better defensive players, is a big deal,” McNabb said. Dieringer should also receive action at running back and H-back this season.

Verbout (listed at 5-11 and 186 pounds in the spring) started every game at center last season, and McNabb said he used the downtime during the pandemic as an extended training period. “He’s gotten a lot bigger,” McNabb said. “We’re predominantly a shotgun team, so he’s got a lot of responsibility there.” Verbout will probably also start at linebacker.

“D’Angelo has great breakaway speed,” McNabb said. “He has that ability that every time he touches the ball, he can score.” McNabb said getting the ball in Macedo-Becker’s hands will be an important part of the game plan. As a sophomore, Macedo-Becker was second on the team in rushing yards (averaging 10.3 yards per rush) and tied for second in rushing touchdowns.

McMullen (6-3, 180 pounds) started at receiver in the spring but didn’t get a chance to finish the season because of knee surgery. At the start of August, he hadn’t been cleared to play. He offers a rangy target and has good hands. “He might not be back in early (preseason) camp,” McNabb said. “We expect him back by the time school starts.”

Rintoul started on defense as a sophomore. He is the team’s third-leading returning tackler and had an interception last season. McNabb said Rintoul also will get time at wide receiver.

This will be Scappoose’s fourth season playing as a Class 5A school after it made the transition from Class 4A. The program has handled the new environment without many issues. Scappoose made the OSAA quarterfinals in 2018 and 2019 and posted a 4-2 record in the spring.

Scappoose averaged more than 37 points per game in the spring, and an experienced, proven core of skill-position players returns, headed by senior quarterback Luke McNabb. In addition to the players listed above, the team returns seniors Malcolm Harrison and Quorey Bays at wide receiver/defensive back, both of whom got significant playing time as juniors.

Coach Sean McNabb expects those offensive returners to be faster this season than they were in the spring.

“The other thing is, too, they know the playbook,” he said. “They come in pretty seasoned as far as their knowledge of what we’re doing. Any time you can play with a lot of confidence because you know what’s going on, it allows you to play fast.”

Opportunity exists for unproven players to carve out their paths on the offensive line. Verbout is the only returning starter up front, but McNabb has little doubt the unit will develop under offensive line coaches Brad McKedy and Kevin Loncosky.

“Both of them are in the building, so they have that connection with kids,” McNabb said. “Every year, they amaze me with how they teach and get kids prepared and ready to play. I have a lot of confidence in those guys.”

Based on final scores, Scappoose hasn’t had many close regular-season games in its three Class 5A seasons. Only two of its wins have been by fewer than 24 points. Of its six losses, the closest has been by 15.

Assuming Scappoose stays reasonably healthy, its two biggest games on the schedule would again appear to be against Wilsonville and Canby, the two teams that beat Scappoose last season. In a best-case scenario, it’s not whether Scappoose makes the OSAA Class 5A playoffs, but what seed out of the Northwest Oregon Conference West it will secure, and whether the team can go further than the quarterfinals.

“Defensively, if we can plug up the middle and make the run game spill to the outside, and we have our guys running it down, we’ll be in good shape. Offensively, it’s just a matter of making sure we get the ball in those (playmakers’) hands and trying to create mismatches and move those guys around the field, trying to make it difficult for the defensive coordinators.” — Sean McNabb