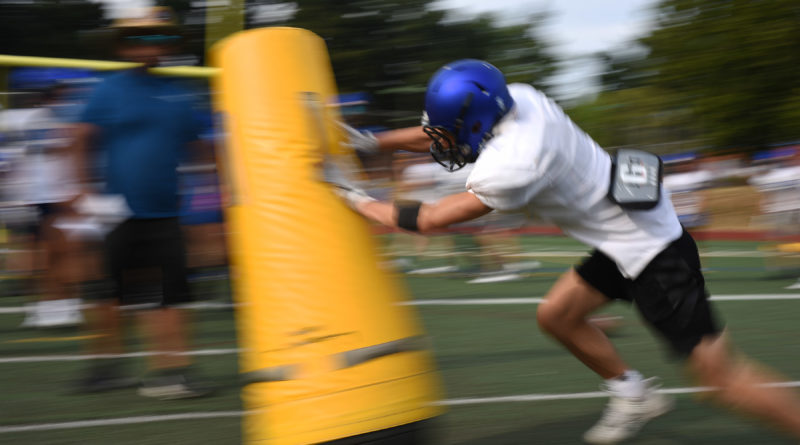 SBLive Oregon will break down every 6A, 5A and 4A team in the state leading up to the 2021 fall football season. Here’s our look at the Grant Generals of the Class 6A Portland Interscholastic League.

A third-year varsity starter, Pete could end up starting on both sides of the ball this season — at a slot receiver and at cornerback — after splitting time at running back and starting on defense in the spring. “He’s a playmaker with the ball in his hands,” Beck said. “He is very difficult to tackle one-on-one. He’s got good ‘shake’ and good acceleration, sees the field well.”

Beck calls von Arx one of the top playmakers in the city. The senior will be a third-year starter — an accomplishment he is on track to one-up in the winter sports season. “He’ll be one of the few (Grant) kids ever to be a four-year basketball varsity starter,” Beck said. “And at Grant, that just doesn’t happen.” Beck said von Arx (6-4, 210 pounds) has great hands and speed. Last season, he scored on a blocked punt and an interception.

Porter (6-3, 215 pounds) will be a mainstay on the interior lines after starting as a junior in the spring. Beck said Porter was a district wrestling champion as a sophomore and brings characteristics honed on the mat — such as knowledge of leverage and balance — to the football field. “He’s very physical and has good technique,” Beck said.

Another third-year varsity starter, Hindrum is 6-3 and 200 pounds. Beck said that though Hindrum doesn’t have noteworthy size, he brings great technique to the position. He’s also a wrestler. “Three-year starter is pretty good at any position,” Beck said.

Beck said he isn’t sure what receiver position Castagnoli will play, but it sounds as if Castagnoli will be an asset wherever it is. “And he’s a phenomenal special teams player, really dynamic with the ball in his hands, fast,” Beck said. “He’s something special.”

Beck said Dedmon is on a trajectory that could take him to all-league status. He was listed at 195 pounds on last season’s roster, but the 6-footer is now at about 220 pounds. “That guy’s going to be good,” Beck said.

Oregon high school class of 2023 recruiting rankings have Stephens, who started as a sophomore, high on their lists. “He’s a physical runner,” Beck said. “Great vision. Can stop and start on a dime. Great motor.”

The 6-foot Moses has slimmed down a little, from about 215 pounds to 205, as he prepares for his third season as a starter. He is another Grant junior making appearances high in the 2023 Oregon recruiting rankings. “He’s a very good tackler, has very good technique,” Beck said. “He has great football intelligence.”

In the spring, del Giudice started the final three games of his freshman season. The 6-4, 265-pound del Giudice has “great technique,” Beck said, “and very good knowledge for his age.” Beck called del Giudice a football junkie with considerable experience from attending camps and all-star gatherings across the country.

Based on results of the past three seasons, the Generals of Northeast Portland appear to have created a moat between themselves and the other teams in the Portland Interscholastic League. They tied for the PIL title in 2018, won it outright in 2019 and won both of their games against PIL teams in the spring (by a combined score of 101-32).

“Last year, I really thought if we’d had a real season, where we could have got better and better and then went into the playoffs, you never know what could have happened,” Beck said. “The most fun thing for our players and coaches was playing really good competition out of league. Really enjoyed it, had fun.”

Not to regard the regular season as an afterthought, but if the Generals can protect their projected rotation players from injuries and continue the trajectory of the program’s recent past, their most important test might be in the OSAA playoffs. Grant lost in the first round in 2018 and 2019.

“If we stay healthy, I think we can be OK,” Beck said. “We want to progress and get some wins in the playoffs.”

Kellen Segal is a junior, John Kent is a sophomore, and both are accomplished baseball pitchers.

Beck said Segal has a good arm, is very competitive and is a good leader who has progressed “really well” in the summer. “Things don’t ruffle him,” Beck said.

Beck said Kent is a lot like Segal — smart and armed with a good understanding of the game.

The coach said both quarterback candidates are coachable and bring playmaking abilities to the position.

“They can extend the play,” Beck said. “And they’re a threat to run.”

Whoever wins the quarterback competition will be a varsity starter in football for the first time, but Beck said he has no worries about the adjustment.

“I have a lot of confidence in our quarterbacks,” he said. “I think people are going to be shocked with how they play.”

With Going, Luke Borchardt, Timon Davis and others in the forefront in recent seasons, Grant’s first impression might have been for offense — backed up by a 39-point scoring average in 2019. Last season, though, the Generals held five of their six opponents to 20 points or fewer, highlighted by a shutout of Barlow. Continued improvement in point suppression would figure to be a key to achieving the Generals’ next milestone — winning an OSAA playoff game.

“I like where their thought process is. They don’t worry about rebuilding. They just buckle down and go to work and do what they’re supposed to do.” — John Beck